Wood Signs On For Another Year 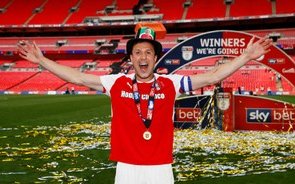 Rotherham United captain Richard Wood – who, if you didn’t know, has a magic hat, has signed a new deal with the club which stays him stay at the New York Stadium until June 2023.

Woody joined the Millers in 2014 from Charlton Athletic and while having loan spells early in his career with Rotherham, at Crawley Town, Fleetwood Town and Chesterfield, he racked up two hundred and twenty-six appearances. In those games he’s scored twenty-one goals including two at Wembley in the 2018 League One Play Off Final to get the Millers promoted.

This season he has made forty-five appearances in all competitions including lifting the Papa John’s Trophy at Wembley.