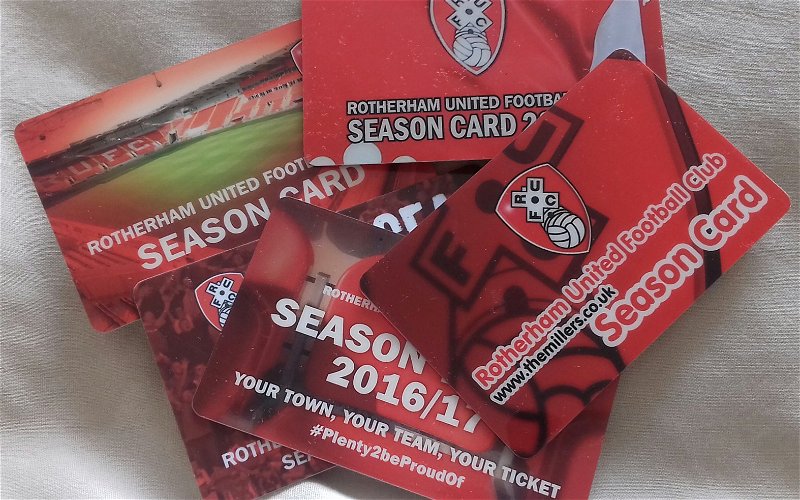 Rotherham United have announced their Season Ticket prices for next season.

The Millers, who got promoted to the Championship for next years campaign, have made the difficult decision to raise the prices, which is the first time in seven years, and will equate to around £1 more per game.

To be honest, in the current climate, I was expecting this to be more.

Season Tickets are NOT yet on sale and the club will let us know as soon as possible when you can purchase them and kindly ask you NOT to contact the club until they have done this.

Supporters wishing to renew in the same seat as last season, in the same age band, will have their previous cards uploaded with the new season ticket fro the 2022/3 season – so please don’t throw last season’s season ticket away! If you have already ditched your ticket then the club say they will organise replacements but this won’t happen until mid-July.