Wiles ‘Buzzing’ After A Brace Of Goals 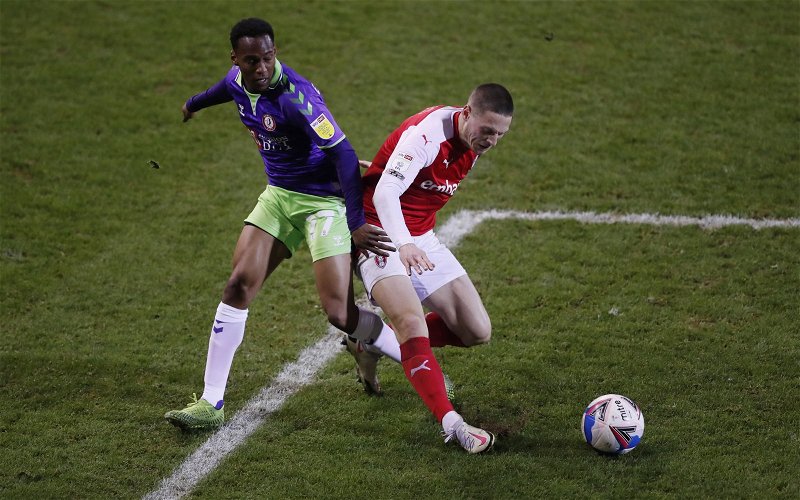 Rotherham United midfielder Ben Wiles said that yesterday’s two-nil win at the University of Bolton Stadium on Saturday was ‘massive for the team’.

Local born Ben scored both goals and said he was disappointed not to come away with the match ball. And he so easily could have. He might have scored before he did and had chances later in the game too.

‘The first ten minutes were a bit shaky,’ the twenty-two year old told Radio Sheffield after the win yesterday, ‘but we still created chances. I’m buzzing to have scored two and get the win for us.’

He said he was fuming missing the first chance saying, when the ball came to him on the edge of the box and he put it over, ‘but I got another chance,’ the player who came through the ranks with the Millers said, ‘which I took it past him and hit it. And as soon as it left my foot I thought it was going in.’

His second came from a set-piece that Ben says they have practised, saying, ‘It was really nice for it to come off for Hammy (Matt Hamshaw, first team coach) who works hard on creating set-pieces for us.

‘This season it’s in our hands to do what we did the year before last.’

Ben has been named in the 72s League One Team Of The Week.

This is Ben’s third goal this season, his first coming in the opening fixture when he got the second in our two-nil home win against Plymouth.