Smith Will Not ‘Just Walk Out Of The Building’ 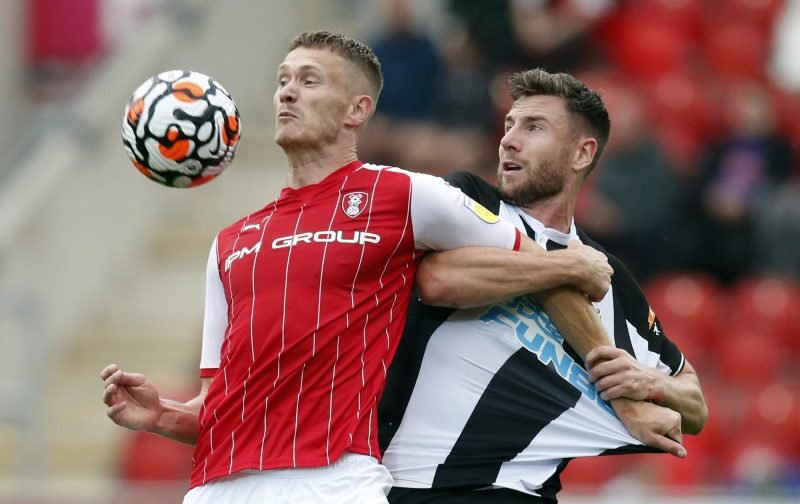 Rotherham United Manger Paul Warne told Radio Sheffield that he is not confident the striker Michael Smith will be still at the club when the transfer window ends on Wednesday.

The tall twenty-nine year old has been subject to rumours of him leaving all summer with Middlesbrough and Bristol City being two clubs apparently ‘interested’ in him.

‘He’s definitely still here,’ the Millers Boss said, ‘so that’s a positive. Nothing has happened and nothing has happened with any of my other players. But, over the next few days I would expect some calls to be made on certain players.

‘I’m not that confident that Smudge will still be here next week. I think he’s a very good player and it would have to be a deal that suited the club as well as him and we’d have to have sufficient replacement for him. We are not going to let Smudge just walk out of the building if we were to lose him it would have to be for a pretty amazing fee. I am confident that we will get to Wednesday without losing anyone however I’m intelligent enough to know that that could change in a heartbeat. I don’t foresee anything happening before this weekend.’

Should Smith leave then the Millers will potentially be looking for two strikers to bring in, one of who really has to have quite a bit of league experience and as we’ve had trouble getting one forward in then how difficult is this going to be? ‘Very hard, very hard,’ Warney says. ‘We aren’t close at all to fetching one striker in. We are doing everything we can and hopefully should get a new body in before the window shuts.’