Smith Up For Award 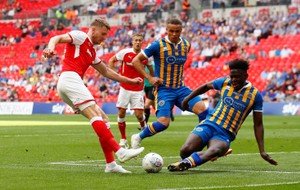 Rotherham United striker Michael Smith has been nominated for August’s Sky Bet League One Goal of the Month.

His cracker of a goal against Morecambe – with help from an equally good pass from Ollie Rathbone – has been included in the Goal of the Month. And, from a Millers fan, quite right too!

Also in the mix are Elliot Embleton‘s goal for Sunderland against Wycombe Wanderers and Shrewsbury’s Tom Bloxham for his over kick against Gillingham.