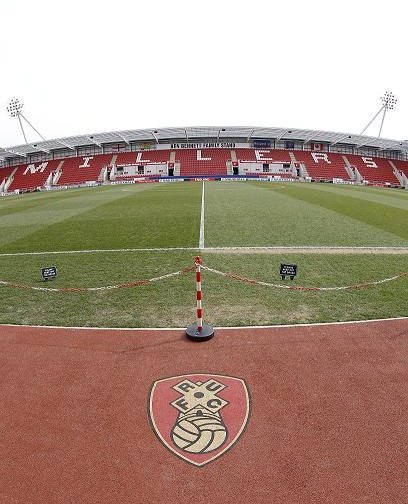 Rotherham United welcome Shrewsbury Town to the New York Stadium this afternoon in a game which has been dedicated as the Millers’ Kick It Out fixture.

The Millers come into this game on the back of a well fought draw away at the Stadium of Light with their last home game being a six-one win over Bolton Wanderers.

Shrewsbury also had a win on Tuesday night getting the better of a seven goal thriller beating Southend United four-three at home with their last away game seeing them get a point against Wimbledon.

Rotherham United Manager Paul Warne told the Official Site that the Shrewsbury side who come to the New York Stadium this afternoon will be completely different from the one the Millers faced in the Carabao Cup earlier this season. ‘It’s a whole new test,’ the Millers Boss pointed out. ‘They are above us in the league and will come here full of confidence and we won’t underestimate them.’

The Millers will be without Kyle Vassell who was hoping to be back from injury for today but broke down this week in training. Billy Jones will make the bench again but the Millers Boss really wanted him to have a reserve game before putting him on the pitch in a first team fixture but Chiedozie Ogbene and Trevor Clarke are still sidelined.

Speaking to the Shropshire Star Shrews Boss Sam Ricketts says he expects the Millers to be ‘up there’ at the end of the season saying, ‘It’ll be a real tough game for us and we will respect who we are playing but we also go there with confidence.

The Shrews will decide late in the day whether or not to start with Ollie Norburn, who has only just returned from injury, and Jason Cummings who has scored two in two but hasn’t had much game time but everyone else from Tuesday night is fit.

East Yorkshire’s Carl Boyeson is in the middle for this game.