Midfielder Delighted To Be In Championship 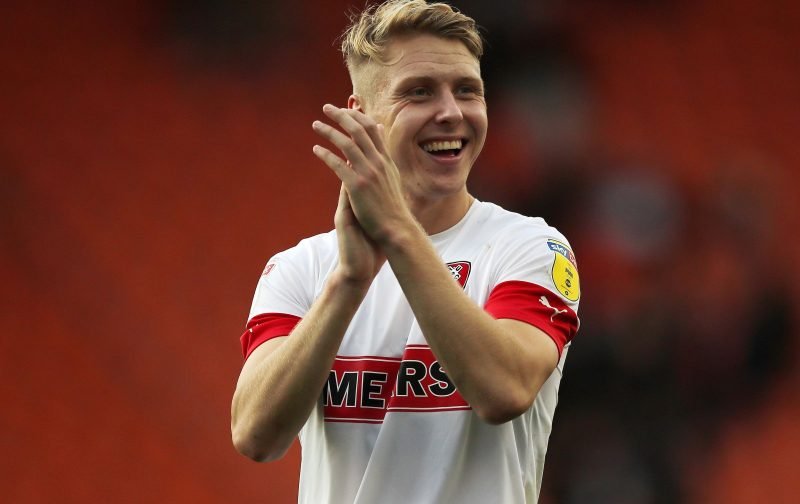 Rotherham United midfielder Jamie Lindsay is ‘delighted’ to be starting next season in the English Championship.

It might not have been one of the normal ways to get promotion but it’s not been a normal season, ending for all but four League One teams in March and, I suppose, there will be still some clubs who are more than a little peeved that the Millers were handed promotion but it is what it is and Paul Warne’s lads have bounced back up.

Beginning his career with Celtic, Jamie came to the Millers via loan spells with Dumbarton and Greenock Morton before a season long loan spell with Ross County saw him sign a permanent deal with the Staggies in the summer of 2018.

Coming through the youth ranks at Celtic Park Jamie told the Glasgow Evening Times that he thought he left Celtic at the right time for him. ‘I was twenty-one,’ he said, ‘and had never played for Celtic in a first time and knew I probably was never going to play. I loved Celtic, I came through since I was ten, so leaving and not playing was disappointing but I thought if I sit about for another year, it’s another year less that I have an opportunity to go and do something for myself.’

Jamie joined Ross County and after impressing found himself moving to League One Rotherham and the New York Stadium and has gone on to make twenty-nine appearances now finding himself getting ready to be in the Championship and can only hope to take the eye of Scotland Manager Steve Clarke.

‘Of course every player wants to play for their country,’ the twenty-four year old said, ‘But I can’t sit and think about it, I have to go back to Rotherham and work hard as I always do, try and hit the ground running, enjoy my season and do well.’

We are all hoping Jamie – and the rest of the lads – has a great season in the Championship and does find himself in the Scotland side.