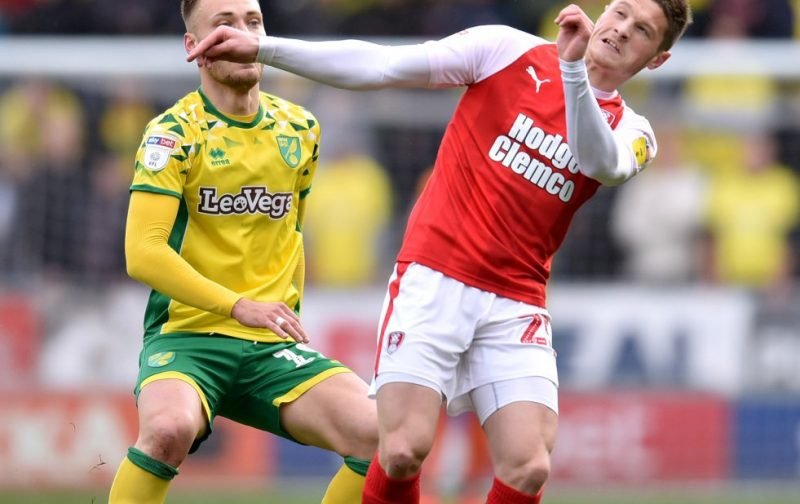 Rotherham United midfielder Ben Wiles says he is grateful for being handed the number eight shirt this season and he told Freeview that he’d like to replicate what former player Lee Frecklington did when he wore the same shirt.

Born in Rotherham Ben has come through the Millers Youth Academy, signing his first professional deal in the summer of 2017. The beginning of the following season he had a youth loan spell with Northern Premier League Division One side Frickley Athletic and on his return made his first team debut in a Rotherham shirt in the EFL Trophy game at home to Chesterfield. Last season the twenty year old impressed Millers Boss Paul Warne in training and went on to make twenty-three appearances in all competitions.

Lee Frecklington was a fans’ favourite at the New York Stadium and his boots will be difficult to step into but having seen Ben in most of his games for the Millers last season I have no doubt that this young man can follow in the former captain’s footsteps. He’s quick, he’s clever on the ball and, for me just as important as that, he always looks like he’s enjoying his football and not a lot seems to phase him. Of course he still has things to learn, he will make mistakes, he will have an off day – but he’s young enough to get over those and with the likes of Warney behind him I can only see success in this young man.