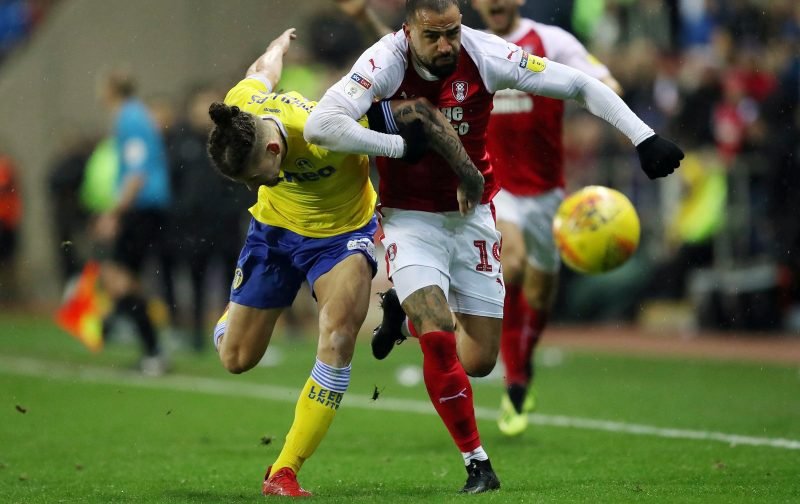 Rotherham United and striker Kyle Vassell has gone out on loan to Fleetwood Town of League One.

Born in Milton Keynes Kyle played youth football with both Norwich City and Brentford before joining non-league side Dover Athletic in 2011.  Playing just a handful of games for Dover he then moved on to Sutton United, Chelmsford City and Bishop’s Stortford before 2013 saw him move to League One with Peterborough United where he stayed until May 2016.  A month later the forward moved to Blackpool before signing a three year deal with the Millers in the summer of 2018.

Injuries while at the New York Stadium limited his appearances to sixty-five in which he has scored six goals, all coming last season, with fourteen of those appearances being this season, the majority of those seeing him come off the bench and the last one being in the FA Cup game against Everton last weekend which, reading between the lines, could have been his last appearance in a Millers shirt.

All at Vital Rotherham wish Kyle ‘all the best’ in his loan with Fleetwood.