Warne ‘Football Is Soulless At The Moment’ 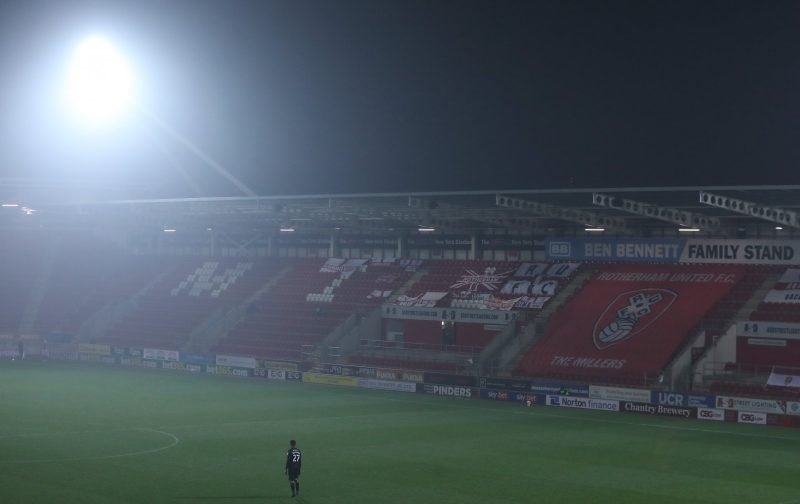 Rotherham United Manager Paul Warne is worried that everything that makes football good is now being taken away.

The clubs have received letters, though the Millers Boss told Radio Sheffield that he hasn’t seen one yet, saying that players are not to handshake, hug or high-five when they score a goal.

‘I’m actually finding football a little bit soulless at the moment,’ the Gaffer said. ‘It isn’t the same without the fans and then you take celebrations away you’ve taken away everything that makes football good.

‘The relationship with the fans is amazing when you score a goal they are singing your name and then, when the final whistle goes, you walk round the pitch to clap them. But now to say there are no celebrations you literally score a goal and walk back to the half-way line smiling to yourself makes it a bit more soulless. But I do understand it and they are the rules but it is difficult to say don’t do it.’

I totally understand it. I have also questioned should footballers be moving about the country playing games. But then I think of people sat alone day after day, perhaps only seeing someone once a week when they go out for shopping or have shopping brought to them then football could well be their lifeline throughout these strange times we are living in at the moment. So, if it’s the difference between celebrations bringing football to an early close or no celebrating and keeping football on I suppose it’s an easy decision. As a footnote though can I please ask the powers who be to stop the having a drink and spitting – I understand players get dry etc but I’ve seen managers/subs do it too while I’ve been watching on TV and think that is so unnecessary especially as times are at the moment.