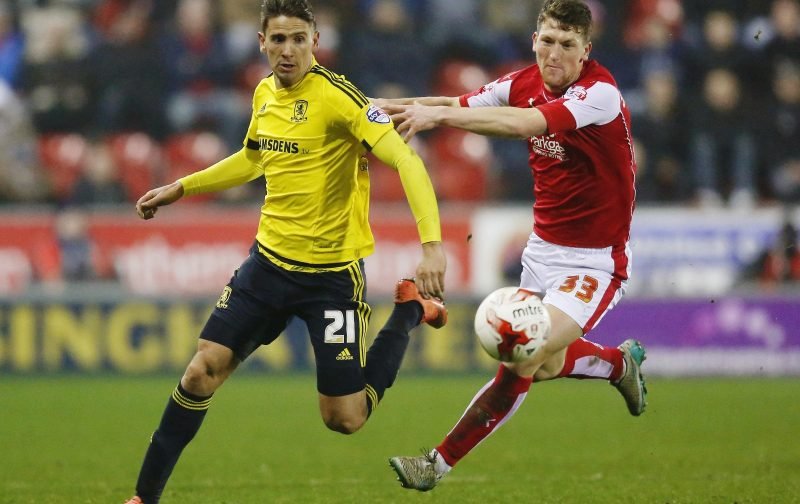 Well, despite everything else that’s going on (or not as the case may be) in our footballing world, the rumours have started about probable Rotherham United signings in the summer.

@efl_hub are suggesting that the Millers are interested in fetching Richie Smallwood back to the New York Stadium.

Richie, who is out of contract with Blackburn Rovers this summer, began his career with Middlesbrough first joining the Millers on loan in January 2014 where he went on to make twenty appearances. He returned to the Riverside Stadium for the following season playing one cup game before re-joining the Millers in August playing in most games that season and getting his only goal in our three-all draw at home with Derby County in February 2015.

Initially signing on an emergency loan Richie was back at the New York Stadium for the start of the 2014/15 season before Middlesbrough accepted a reported £175,000 for him. He scored once in forty-five appearances. He played in five games the following season before he went out on loan to League One Scunthorpe United before coming back to the Millers in January and playing in the majority of the end of the season.

In the summer of 2017 Richie joined Blackburn Rovers scoring three times in his first season but his only two appearances this season have come in the League Cup in August.

Would you like to see Richie back in a Millers shirt? Tell us here at Vital Rotherham.

2 Replies to “Rumour Re Smallwood Return”