Nobody Loves Us But We Have To Stay Positive 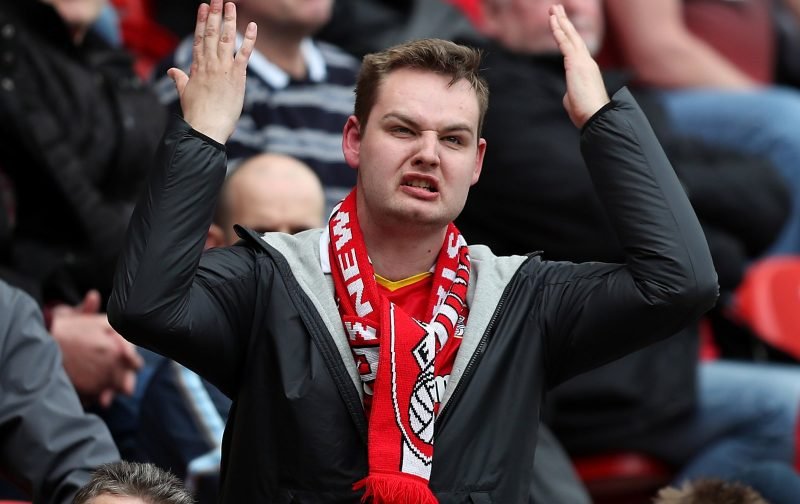 Rotherham United Manager Paul Warne told Radio Sheffield that the decision that we are all talking about in the opening minutes of the game at Oakwell yesterday reaffirms his belief that ‘everyone wants us down.’

The Matt Crooks decision was appalling on Wednesday night and made worse yesterday when we found out the red card hadn’t been rescinded then for the self-same incident to happen yesterday with Carlton Morris leading with his arm on our goalkeeper with Viktor Johansson ending up on the ground and with a nasty eye socket injury and for nothing to be given makes it feel like the world of football is definitely against us.

In my humble opinion both of the players involved in these incidents only had eyes for the ball but for one to get a straight red and the other to be given the goal and nothing makes the laws in football look ridiculous. Carlton Morris didn’t celebrate the goal because he told Warne that he was waiting for a foul to be given.

Warne said that the goal incident was what we lost too and, yes, we did but we did have chances to score, chances to win. But we didn’t take those chances and some of those misses made me cringe as much as the incident involving the Barnsley goal.

The last two games have seen two big decisions go against us, the Gaffer was clearly emotional when he made this statement that ‘everyone wants us down’ and I’m not quite sure who the ‘everyone’ he is referring too is but, let me tell you, the fans of Rotherham United don’t want ‘us down’.

And although we feel disappointed, disillusioned, annoyed and every other word you can think of knowing that ‘nobody loves us’ we have to keep positive – without positivity we have nothing.