The Millers And The EFL Trophy History 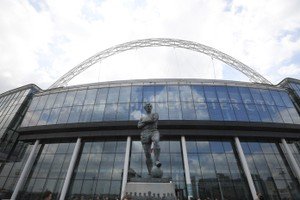 With the EFL Trophy coming up this season let’s have a quick look at how the Millers have done in this competition – under it’s various names – in the past.

Rotherham United won this competition in their first appearance at Wembley in April 1996 when they met Shrewsbury Town. The competition was then called the Auto Windscreens Shield Trophy and goals on the twentieth and fifty-eighth minutes from Nigel Jemson gave the Millers a two-one win.

The group stage that season saw Rotherham take on Chester, winning one-nil and getting a one-all draw at Burnley then beating Wigan Athletic in a penalty shoot-out in round two. The area quarter-finals in January saw a three-one win at Millmoor against Lincoln City and they then took on York City again at Millmoor winning four-one. The area final was a two-legged affair with Carlisle United who they beat two-nil in each game giving them a four-nil aggregate to get to the final with the Shrews.

The competition was introduced in the 1983/4 season as the Associate Members’ Cup with the Millers losing one-nil at home to Sheffield United in the first round. They didn’t fair much better the following season when it was made into a two-legged affair Rotherham drawing one-all at Millmoor with Chesterfield but losing the away leg one-nil with the Spireites going through to the next round.

It then went on to be called the Freight Rover Trophy for the 1985/6 season and back to mini-leagues with Rotherham drawing at home with York City and winning three-nil, again at home, against Hartlepool but travelled to Wigan in the next round and where they lost three-nil. The following season was again mini-leagues with the Millers drawing both games away at Halifax and at home with Mansfield losing out on goal average.

A changed of name again in for the 1987/8 saw it become the Sherpa Van Trophy, Rotherham beating Scarborough at Millmoor one-nil before losing away to Sunderland seven-one so again going out in the opening stages. Losing to Grimsby the next season before beating Doncaster Rovers also saw them out at the first time of asking but the 1989/90 Leyland DAF Cup saw them saw them go through the mini-league stages beating Hartlepool away and York City at home. They sailed through the next round three-nil at home to Huddersfield but lost one-nil away at Bolton in the quarter-final stage. Drawing both their games in the opening mini-league against Halifax Town and Scarborough wasn’t enough to see them get through to the next stage the following season and when it became the Autoglass Trophy in 1991/2 they didn’t take part.

In the 1992/3 season the Millers beat Lincoln City and Scunthorpe United to get through the first stage and a draw at Millmoor against Wigan ended three-all with the visitors winning the penalty shoot-out. Despite winning away at Doncaster the following year and drawing at home with Huddersfield the Millers didn’t do enough to go further than the mini-league stage but the following season when it became the Auto Windscreens Shield beating Scunthorpe away and getting a home draw with Chesterfield saw Wigan at Millmoor in the next round with the visitors winning three-one.

It was the LDV Vans Trophy when the Millers were next in the competition in 2005/6 when they got through the opening round by beating Accrington Stanley on penalties after the game ended three-all but lost at home to Macclesfield Town in the next round. Hartlepool put Rotherham out in round one the following season with the competition again changing it’s name to the Johnstone’s Paint Trophy. A one-nil win away at Mansfield the next season saw them get Grimsby Town at Millmoor the following year which was a one-all draw the Mariners winning on penalties.

A bye got the Millers through to round two of the 2008//9 season where they bat Leeds United four-two, then Leicester City two-nil but in the next round a one-all draw with Darlington saw them lose four-two on penalties. 2009/10 saw the Millers lose at home to Huddersfield but the following season saw them get a one-nil home win over Lincoln followed by a two-one win away at Burton. Huddersfield were the visitors at Don Valley for the next round and won five-two. A bye for the Millers in the first round the following year saw them lose at home to Sheffield United in the second round and the Millers didn’t get through the following season losing to York City.

Another bye saw Rotherham by-pass the first round of the 2013/14 season and beat York City in round two and Hartlepool in round three. The area semi-final saw the Millers at Fleetwood where they lost two-one.

The next time we see the Millers in the now Checkatrade Trophy was in the 2017/18 season when we took on a Manchester City ‘B’ team, Chesterfield and Bradford City. After a one-all draw at the New York Stadium the young Manchester City side won on penalties, Chesterfield then won in Rotherham while we beat Bradford at the Northern Commercial Stadium in West Yorkshire three-nil but didn’t qualify for the next rounds.

2019/20 saw another name change the competition now called the Leasing.com Trophy where Rotherham lost at home to a Manchester United U21 side, beat Doncaster Rovers three-two but then lost three-nil away at Lincoln ending bottom of the first group.

Dropping to League One means that Rotherham will take part in this competition again this season with it now being named after American Pizza Restaurant franchise Papa John’s. The draw for this takes place tomorrow (Thursday) and will be divided into North and South sections. There will be the forty-eight League One and Two clubs involved plus sixteen U21 teams from higher up the English League ladder.