Ref Watch – Millers Away At Bolton 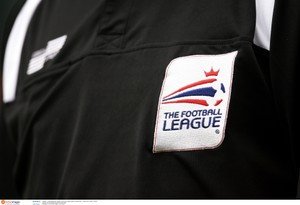 Rotherham United have their second away game this week on Saturday this time against Bolton Wanderers when James Bell is the man with the whistle.

We see James coming through the Referees Promotion Scheme with the Sheffield and Hallamshire County FA and is, apparently, a self-confessed Sheffield Wednesday fan.

The 2019/20 season saw him referee in the National League  taking him to Wembley for the Football Conference Play-Off which Harrogate won three-nil. At the end of that season he was promoted to become a league referee and this season he has taken charge of seven games showing twenty-four yellow cards.

This is the first time that James and the Millers have met in any competition.

Running the line at the University of Bolton Stadium we have David Avent and Joe Simpson while Conor Brown is the Fourth Official.