Lindsay ‘It Was A Positive Start’ 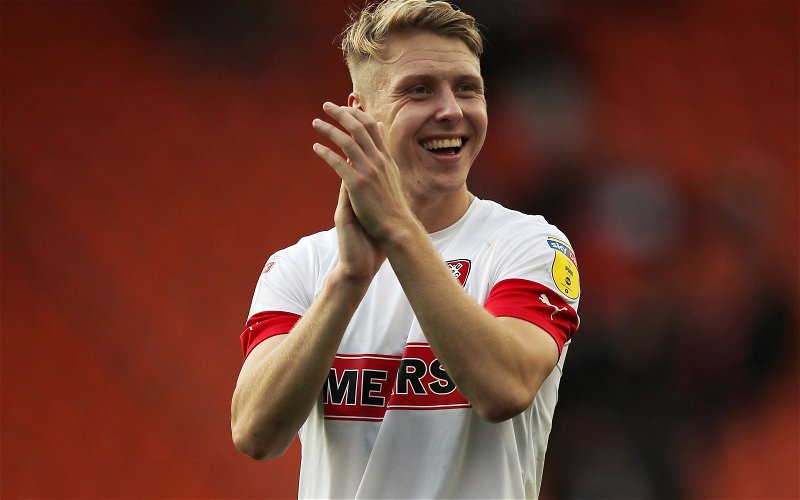 Rotherham United midfielder Jamie Lindsay says it was a ‘good point’ to get in the Millers first game back in the Championship.

The Millers drew one-one with Swansea City at the New York Stadium on Saturday with the twenty-six year old Scotsman telling Radio Sheffield that both teams could have got more.

I know we would have all liked three points – who wouldn’t at home – but I thought the Millers put in a very good performance, especially in our defending, to keep a tidy, attractive Swansea side at bay. The Swans had the majority of the ball but I don’t think our ‘keeper had that much to do to be honest.

‘We know we are going to be playing against good players,’ Jamie carried on, ‘ and we know if we give them time and space they will cut us open so it’s up to us to be as fit as we can and don’t show them too much respect. We’ve got to believe, put in the performances and take our chances

‘It was a positive start.’