How Did It Go For The Millers In April 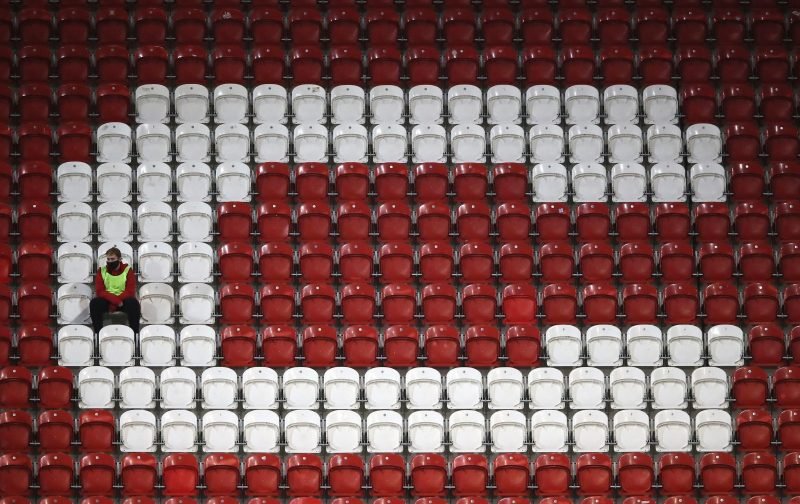 The beginning of April coincided with Easter Rotherham United starting the ‘month of hell’ in twenty-second place in the Championship with thirty-five points with the first of a nine game month starting at tenth placed Millwall on Good Friday. The game wasn’t going badly for Rotherham until the fifty-sixth minute when Richard Wood saw red for fetching Jed Wallace down to stop him having a clear run at goal. Wallace scored on the sixty-fourth minute for the hosts with the Millers getting the chance of pulling level with six minutes to go after Alex Pearce fouled Michael Smith in the area with the Millers’ striker taking the resulting spot-kick only to see Millwall’s ‘keeper  Bartosz Bialkowski save.

Easter Monday saw fellow strugglers Wycombe Wanderers at the New York Stadium but it was a woeful Millers who saw themselves two down in twenty-five minutes with former Millers ‘keeper David Stockdale keeping Ben Wiles, Jamie Lindsay and Lewis Wing at bay. Wycombe defended well in the second half and scored a third seven minutes from time to give them a three-nil away win. Paul Warne said it was the ‘first goal’ that did for the Millers.

The following Saturday Rotherham travelled to West Yorkshire to take on Huddersfield Town when a goalless draw gave them a point. Again we had enough chances to easily win the game.

The Millers began a sequence of home games on Tuesday 13th when eleventh placed Queens Park Rangers were the visitors. A Lyndon Dykes goal seven minutes into the second half gave the visitors the lead but on sixty-four minutes Freddie Ladapo levelled and two minutes later he scored again to give the hosts the lead. With Rangers looking for an equaliser the game was put to bed when Michael Smith received a superb ball from Jamie Lindsay in midfield who dipped the ball over the visiting ‘keeper to give Rotherham a three-one win.

Two days later Mark Robins brought his Coventry City side to the New York Stadium and despite Viktor Johansson making superb saves denying Liam Kelly and Tyler Walker a Leo Ostigard header was deflected past the Millers’ ‘keeper on seventy minutes to give City the three points.

Richard Wood signed a one year extension to his contract with Rotherham and young forward Joshua Kayode also signed a new contract.

A Sunday game saw Birmingham City the next team to get a one-nil win at the New York Stadium with a late goal from Harlee Dean took a wicked deflection off Michael Ihiekwe with Middlesbrough the next team in Rotherham and when Angus MacDonald got his first goal in a Millers shirt on two minutes things were looking up. But, referee Darren Bond became the enemy when he sent Matt Crooks off for going for the ball with both himself and Grant Hall clashing heads. Only the referee and Neil Warnock actually thought it was a sending-off with many watching around the globe as bemused as us Millers fans. Down to ten men it didn’t take long for ‘Boro to take charge and they equalised on thirty-three minutes with a George Saville strike taking all three points after Chuba Akpom put them in front ten minutes after the break.

I think most football fans expected Matt Crooks’ red card to be overturned but that wasn’t the case and the Millers would be without him for the next three games, the first of those being a short trip to Barnsley when another curious referee decision on just two minutes saw former Miller Carlton Morris jump up with Viktor Johansson, leading with his elbow, the ball went in the net and Viktor crumpled to the floor. Morris didn’t celebrate expecting referee Gavin Ward to blow for a foul but he instead blew for a goal – to make it another official who won’t be on any Millers’ Christmas Card list in December. The Millers ‘keeper had to be led from the field and Jamal Blackman took his place. Tykes ‘keeper Brad Collins was the busier of the two for the rest of the game but Rotherham couldn’t get the ball in the net.

Our ninth game in April was a trip to third placed Brentford’s new Community Stadium when the Bees’ Bryan Mbeumo scored the only goal of the game on the twenty-sixth minute.

April ended with the Millers still in the last relegation place and just four points better off than we were at the start of probably the busiest month in Rotherham’s history.

It’s all doom and gloom around Rotherham and with three games in May to play we really have to get points on the board and hope others around us don’t.