Will We Be In For A Long Night On Wednesday? 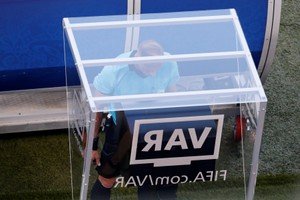 Rotherham United fans will be travelling to Goodison Park next week for the second round of the Carabao Cup to take on Premier League Everton.

Millers fans thought that the game would be around the ninety minutes with a possibility of an extra twenty minutes or so of penalties – applaud the players, back out to the coaches and away by say ten past ten at the latest.

Then the EFL put the spanner in the works by deciding that the Millers v Toffees game would involve the (dreaded?) VAR – Video Assistant Referee.

This will be used, as in the World Cup in Russia, to review goals, penalties, red cards and mistaken identity. Now this seems quite simple but let’s be honest it didn’t always work in the World Cup did it. I saw referees advised to look at the screen at the side of the pitch, come away, advised to go and look again and still not change their minds. I saw linesmen doing a Peter Crouch style goal celebration dance on the touchline putting flags up, half putting them down, shrugging shoulders, then leaving it all to the referee who went to look at the screen on the touchline. And all this with no indication to the fans of what on earth was going on. Good heavens we could be there until eleven o’clock!

Of course there are arguments ‘for’ the use of this technology and if the kinks have been ironed out it could only take seconds to make a decision (who am I kidding?). And if VAR isn’t in use and the TV camera’s catch an obvious mistake the poor old ref has to take the blame.

But do we want this technology to interrupt the flow of the game. Will players be shouting for it to be used at every goal scored, every incident in the penalty area? Will a referee think twice before showing a straight red card when he, in his own mind, thinks it’s worthy?

I suppose it’s like everything we use in every day life – it’s OK if it’s working. When it’s not then it’s terrible.