Who Will The Millers Play Next Season – M-R 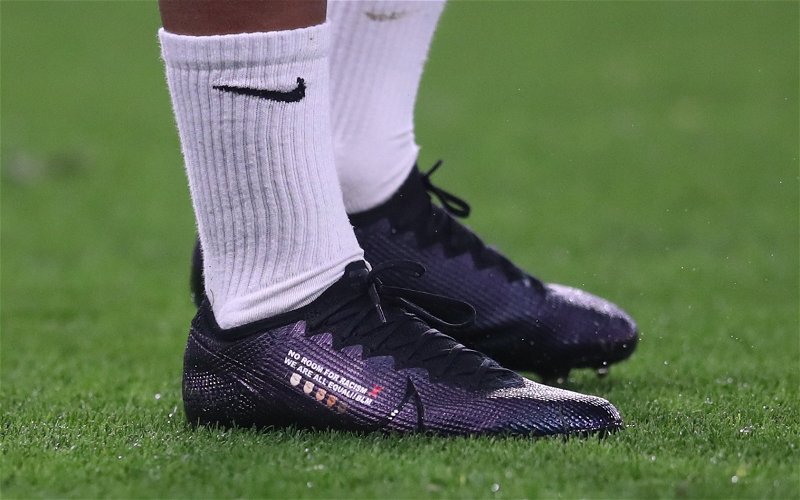 Rotherham United will be playing in the Championship next season – but who will we be meeting there?

Formed in 1876 Middlesbrough turned professional twenty-two years later and although reverting back to amateur status in 1892, they turned professional permanently in 1899. The club won promotion to the First Division in 1902 and moved to Ayresome Park the following year. 1924 saw the ‘Boro relegated and then for the next few years they seemed to yo-yo between Division One and Two with the low time of the club coming in 1966 when they were relegated to Division Three for the first time in their career although they were only there for a season. After financial difficulties in the mid-1980’s the club once again found themselves drop to Division Three which, if not for a board member getting together a consortium ten minutes before a deadline, they could have found themselves out of the Football League all together. After a few more ups and downs the club were founder members of the Premier League.

Rotherham and ‘Boro have played thirty-eight league games with Middlesbrough winning nineteen to the Millers eleven. The last time the pair met in the league was in April 2021 at the New York Stadium which saw Angus MacDonald open the scoring on just three minutes for the hosts. Rotherham went down to ten men when Matt Crooks was sent-off fifteen minutes later, which looked to everyone watching a very poor decision with the Millers failing in an appeal the next day. George Saville equalised for ‘Boro on the thirty-third minute and a Chuba Akpom goal in the second half gave the visitors the win.

Founded as Millwall Rovers in 1885 a resolution was passed for the club to drop ‘Rovers’ from their name in 1889 and add ‘Athletic. As Millwall Athletic they were founding members of the Southern Football League and moved to The Den in 1910. Dropping ‘Athletic’ from their name Millwall were invited to join the Football League in 1920. In August 1993 Millwall moved to The New Den, which was the first new football stadium constructed for a professional team in London since 1937 and the first all-seater stadium built after the ‘Taylor Report’.

The Millers and Lions have played in thirty-four league games together the Millers winning twelve which is one less than Millwall. The pairs last league meeting was on Good Friday in 2021 which saw Millers’ skipper Richard Wood see red on fifty-six minutes after pulling down Jed Wallace. The only goal of the game went the Lions way when Wallace scored on the sixty-fourth minute.

Founded in 1902 Norwich went into voluntary liquidation during the First World War reforming in February 1919 and joined the Third Division of the Football League a year later. In the 1933/4 season the Canaries were promoted to the Second Division and moved to Carrow Road in August 1935. Relegated at the end of the 1938/9 season and then the suspension of league football due to the Second World War plus a year of poor results saw City having to seek re-election to the league. 1959/60 saw Norwich promoted back up to the Second Division with the 70’s seeing them yo-yo-ing between the First and Second Divisions. At the end of the 1984/5 season the Canaries became the first English team to win a major trophy (they beat Sunderland in the final of the League Cup) and then get relegated. Norwich did get back to the top tier of English football with their highest position in the Premier League with their highest position being third in the 1992/3 season. Norwich find themselves in the Championship after finishing bottom of the Premier League last season with twenty-two points and a minus sixty-one goal difference.

The Millers and Canaries have met thirty-eight times in the past, thirty-two of those in the league which Norwich have won fourteen to Rotherham’s nine. The last time the pair met was at Carrow Road in February 2021 when Teemu Pukki scored the only goal of the game on seventeen minutes giving the hosts the win.

In November last year Dean Smith took over as Manager after Daniel Farke was sacked and Teemu Pukki was top scorer last season with eleven goals.

Originally founded as a cricket club in 1863, Preston were a founding member of the Football League and were the first League Champions in 1889. In the same year the team also won the FA Cup so were the first club to win the ‘double’ and winning both became known as ‘The Invincibles’. They also won the league the following year but their last major trophy was an FA Cup Final win in 1938 although they were the Football League War Cup winners in 1940/1 and last won the Lancashire Senior Cup in 1996/7.  Also in 1996 they won the Third Division Title which means they have been champions of all four professional English leagues.

Of the sixty games the Millers and the Lilywhites have played against each other Rotherham have won twenty-two to Preston’s sixteen. February 2021 saw the pair last meet in the league when an own goal from Joe Rafferty gave the Millers a first minute lead at Deepdale. Ben Wiles made it two-nil ten minutes into the second half with Ched Evans getting a consolation goal for the hosts.

Frank McAvoy took over the management role for the start of last season with Ryan Lowe taking over in December after McAvoy was sacked. The Lilywhites finishing in thirteenth place on sixty-four points with a minus four goal difference and Emil Riis Jakobsen was top scorer with twenty goals.

QPR were founded in 1882 becoming a professional team seven years later. Their first promotion was in the 1947/8 season as Champions of the Division Three South spending four years in Divison Two before being relegated at the end of the 1952 season. March 1967 saw them become the first Third Division club to win the League Cup a season that also saw them promoted. The following season saw Rangers promoted to the top division but after just one season saw them back in Division Two. After being promoted as runners-up QPR started the 1974/5 season back in the top flight and the following season saw them end up in second place in Division One, one point behind Liverpool. In the 1976/7 season QPR had their first foray into Europe and reached the quarter-finals of the UEFA Cup losing to AEK Athens, two years later they found themselves back in the Second Division. 1982 saw them reach the FA Cup Final losing to Spurs in a replay and the season after saw them back in the top flight. Two years later QPR were back in the UEFA Cup losing out on away goals to FK Partizan in the second round. At the end of the 1995/6 season QPR were relegated from the Premier League to Division One with them being relegated to League Two in 2001. The end of the 2003/4 season saw them go back up to League One as runners-up. Financial problems plagued the club and they had numerous managers in a few years but eventually the club were back on a high and gained promotion to the Premier League in April 2011. They yo-yoed between the top two tiers of English Football but have been back in the Championship since the 2014/15 season.

Rotherham and QPR have met twenty-one times in all competitions in the past with Rangers winning eight of those games to the Millers seven. The pair last met in an FA Cup game at Loftus Road in January this year which was goalless after ninety minutes with Michael Ihiekwe giving the visitors a ninety-eighth minute lead. But Lyndon Dykes scored to send the game to penalties which the hosts won eight-seven.

Rangers ended the season in eleventh place in the Championship on sixty-six points and with ten goals Andre Gray was top scorer. In April the club confirmed that Mark Warburton would leave the club when his contract ran out in the summer, Michael Beale being appointed manager in June.

Formed on Christmas Day 1871 Reading became a professional team twenty-four years later being elected to the Football League in 1920 in the Third Division South. Although they had a couple of near misses the Royals didn’t really pull up any trees until John Madejski took over the club in 1991 and three years later were top of the new Division Two and the next season were runners-up in Division One, only denied promotion because, at that time, only the top team went up. In 1995 they looked to be going up again but lost to Bolton Wanderers in the Play-Off Final. Going back down the leagues Reading once again got to the 2004 play-offs but lost in the semi-final before finally winning the Championship in 2005/6 with a whopping one hundred and six points, recording just two losses on the way. That first season in the Premier League saw Reading finish a very respectable eighth but the following season they were relegated back to the Championship where they finished fourth but lost in the semi-final of the play-offs. In the 2010/11 season they once again found themselves in the play-off final losing to Swansea City but the following season saw them get promoted to the Premier League again but saw them come straight back down again and they have been in the second tier of English football ever since.

Rotherham and Reading have met forty-six times in the league in the past with Reading winning twenty-one of those encounters to the Millers ten. It was February 2021 that the pair last met at the New York Stadium when the visitors took all three points, the only goal of the afternoon coming on twenty-six minutes from Michael Morrison.

Last season saw Veljko Paunovic leave the club ‘by mutual consent’ in February and Paul Ince and Michael Gilkes take over an interim manager, Ince getting the job on a permanent deal in May. The Royals finished the season just one place above the relegation trio on forty-one points with a minus thirty-three goal difference. Top scorer with eleven goals was former Miller John Swift.