Who Will The Millers Play Next Season – C-L 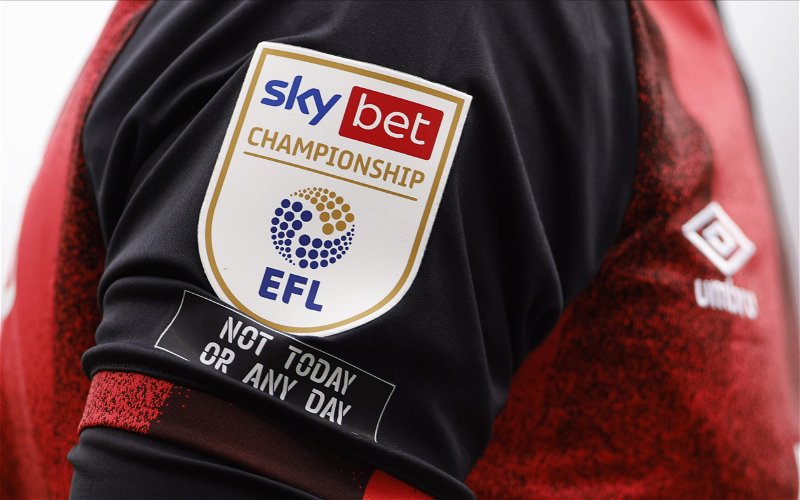 Rotherham United are getting ready for life back in the Championship next season – but who will we be playing?


Formed in 1899 as Riverside AFC they joined the Cardiff & District League the following season changing their name in 1908 to Cardiff City. They raised enough capital to build their own stadium in 1910, Ninian Park turning professional the same year and joined the Southern Football League Second Division winning the title and promotion at the second time of trying. In 1927 Cardiff became the first non-English side to win the FA Cup (ironically on St George’s Day). A few ups and downs followed over the years and in 2000 Sam Hamman bought the club changed the colours and re-named them ‘Cardiff Celts’ which went down like the proverbial lead balloon and it was soon changed back to Cardiff City. Financial problems with owners coming and going saw Cardiff eventually move into the Cardiff City Stadium in 2009 while winning the 2012/13 Championship title seeing them in the Premier League for the first time. They were relegated but Neil Warnock was appointed in October 2016 and took them back to the English top tier for the 2018/19 season although they only last one season. 2020 saw Steve Morison appointed lead coach with the Cardiff U23 team but in October 2021, when Mick McCarthy was sacked, he temporary took over the first team but later got the job on a full time basis.

Of the fifty-two league games that the Millers and Bluebirds have played against each other Rotherham have twenty-three wins to City’s fifteen. The last time the pair met was in the Welsh capital in May 2021 when the visitors went ahead early in the game thanks to a Lewis Wing goal only for Marlon Pack to equalise two minutes from time.

Formed as Singers F.C. in 1883 Coventry City took on their name fifteen years later joining the Football League in 1919. In 1992 they were an inaugural member of the Premier League spending thirty-four seasons there until relegated in 2001. After eleven years in the Championship they were relegated again to League One and 2017 saw them drop to League Two although they did win the EFL Trophy at Wembley. August 2005 saw them move from Highfield Road to the Ricoh Stadium and two years later they were close to going into administration and in 2013 they had to play their ‘home’ games at Northampton’s Sixfield Stadium returning to the Ricoh the following season. At the end of the 2017/18 season the Sky Blues were promoted back to League One via the play-offs but once again found themselves ground sharing, this time with Birmingham City. The Sky Blue’s were promoted as Champions of League One after the 2019/20 season was cut short due to Covid-19.

The Millers and Coventry have played in thirty-two league games in the past the last one being in April 2021 at the New York Stadium when a Leo Skiri Ostigard goal on seventy minutes gave the visitors all three points.

Huddersfield Town were formed in 1907 and three years later entered the Football League. In 1926 they became the first English team to win three successive league titles. After the Second World War the club were in a bit of a decline and dropped out of the First Division in 1952 although 1970 saw a brief return to the top they have meandered between the lower leagues since. The end of the 2016/17 season saw the Terriers promoted to the Premier League and they finished sixteenth in that first season but the following season finished bottom with just sixteen points.

The Millers and the Terriers have met fifty-eight times in all competitions in the past with fifty-two of those being in the league, a goalless draw in April 2021 at the John’s Smith Stadium being the last time.

Last season saw the Terriers get eighty-two points to finish in third place and after overcoming Luton Town in the play-off semi-final they took on Nottingham Forest at Wembley where an unlucky own goal from Levi Colwill saw Forest get promoted to the Premier League. Former Miller Danny Ward was top scorer last season with fourteen goals.

Founded in the summer of 1904 Hull City were finally admitted to the Football League the following season finishing in fifth place of the Second Division. They were relegated in 1930 to the Third Division North and after the Second World War, the club moved to Boothferry Park. Yo-yoing between the second and third divisions City found themselves in receivership, and the Fourth Division, in the early 1980’s. After a lot of comings and goings Hull moved to the KC Stadium in December 2002 and two years later had back-to-back promotions which got them into the Championship and eventually into the Premier League for the start of the 2008/9 season. They were again relegated to the Championship but under Steve Bruce got back to the top tier of English football. They were relegated again at the end of the 2014/15 season getting promoted straight back lasting just one year before relegation again. The 2020/1 season saw the Tigers fall into League One but promotion came at the end of and they went up as Champions.

The Millers and Tigers have met eighty times all competitions the last time being in an FA Cup game in January 2020 at the New york Stadium. Former Miller Tom Eaves opened the scoring for the visitors on sixteen minutes with Michael Smith getting an equaliser four minutes later. The Millers went down to ten men on twenty-four minutes when Adam Thompson was sent off but Rotherham went into the break in front after Kyle Vassell made it two-one. But two further goals in the second-half from Eaves saw him get the match ball and the Tigers win three-two.

Luton were founded in 1885 and were the first club in southern England to turn professional which was five years later and joined the Football League for the start of the 1897/8 season. Financial problems saw them leave just two years later but they were back in 1920 reaching the First Division in 1955/6. The Hatters were in the 1959 FA Cup Final losing to Nottingham Forest. They were relegated the following season and then twice more in the following few years starting the 1965/6 season in the Fourth Division. After a couple of promotions they started the 1974/5 season back in the First Division although they were relegated after just one season. 1981/2 saw them top the Second Division and 1988 saw them win the League Cup against Arsenal. After relegation they started the 1992/3 season back in the Second Division. Town found themselves in free-fall after that and the 2008/9 season saw them docked thirty points for financial irregularities and they went on to spend five years in non-league before winning the Conference Premier in 2013/14 to see them back in the Football League. 2016/17 saw Luton promoted to League One and they got back-to-back promotions climbing into the Championship the following year.


The Millers and Hatters have played in thirty-three games together in all competitions the last time being in 2009 in the FA Cup with the first game at Don Valley being a two-all draw with Luton winning the replay three-nil at Kenilworth Road.

Last season saw Luton finish in the last play-off place in the Championship losing out to Huddersfield Town in the semi-finals. With seventeen goals Elijah Adebayo  was top scorer.