Who Is In The Middle On Wednesday Night? 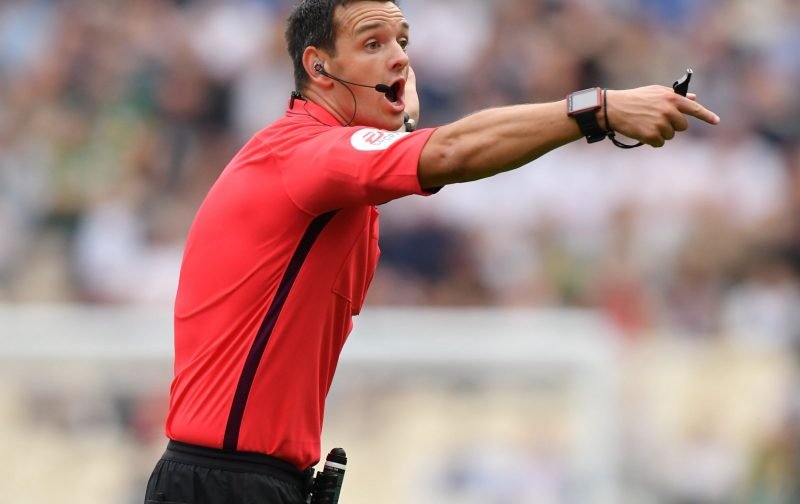 Andy began refereeing in 2002 at the tender age of eighteen after an injury playing for the Academy at Huddersfield put paid to his playing career. In 2010 he was appointed as the Assistant Referee in the League One Play-Off Final and he also ran the line in the Premier League.

He became a Football League Referee in 2011 and has twice been in charge of games at Wembley – the FA Vase Final in 2015 and the League One Play-Off Final the same year.

He was in the middle for our game at The Den against Millwall in February. The game ended goalless with yellow cards being shown to Richard Wood, Clark Robertson and Matt Crooks.

Andy’s only other time in the middle for a Millers game was in September 2016 when Bristol City were the visitors at the New York Stadium. Izzy Brown opened the scoring for the hosts on six minutes with an Aden Flint own goal giving the Millers a two-nil lead. But goals from Tammy Abrahams and Bobby Reid in the last fifteen minutes of the game sent City home with a point. That afternoon Andy booked Lee Camp and Danny Ward of the Millers.

In the thirty-one games Andy has had the whistle for this season he has shown eighty-four yellow and one red card.

Running the line on Wednesday night we have Steven Meredith and Paul Hodskinson with Michael Salisbury of Lancashire being the Fourth Official.