Who Is In Charge Of The Millers At Wycombe 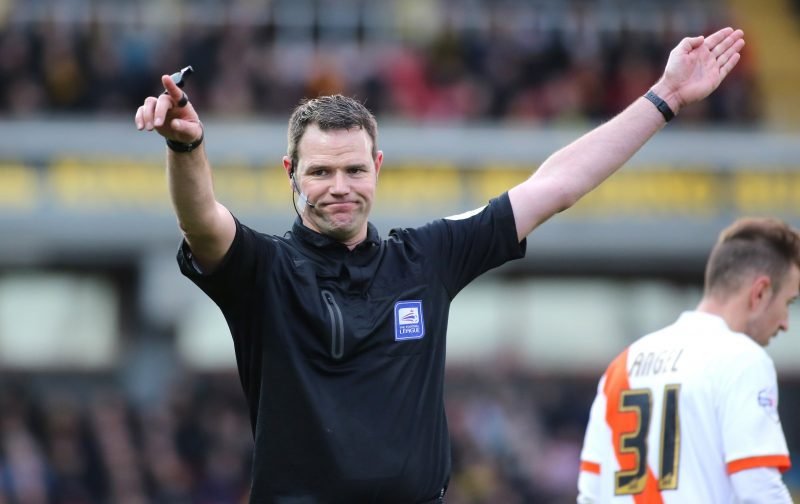 Rotherham United travel to Adams Park on Saturday to take on Wycombe Wanderers in the first league game of the new season and in the middle for this game is James Linington from Newport on the Isle of Wight.

James became an Assistant Referee in 2006. In that year he was an Assistant for the FA Vase Final and the League One Play-Off Final between Barnsley and Swansea. He was promoted to the National Group of Referee’s in 2008.

The last time the Millers and Mr Linington met was in January last year at Portman Road which saw a thirty-first minute Will Keane goal give Ipswich Town the one-nil win. Booked for Rotherham that day was ZaK Vyner.

The time before when James was in the middle for a Rotherham game was on a trip to Stevenage in League One in November 2013. A first half goal from Ben Pringle plus second half goals from Claude Davis and Michael O’Connor gave the Millers all three points that afternoon.

This is the first game James has been in the middle for this season.

Running the lines at Adams Park we have Wade Smith and Matthew Jones with Matthew Donohue as Fourth Official.