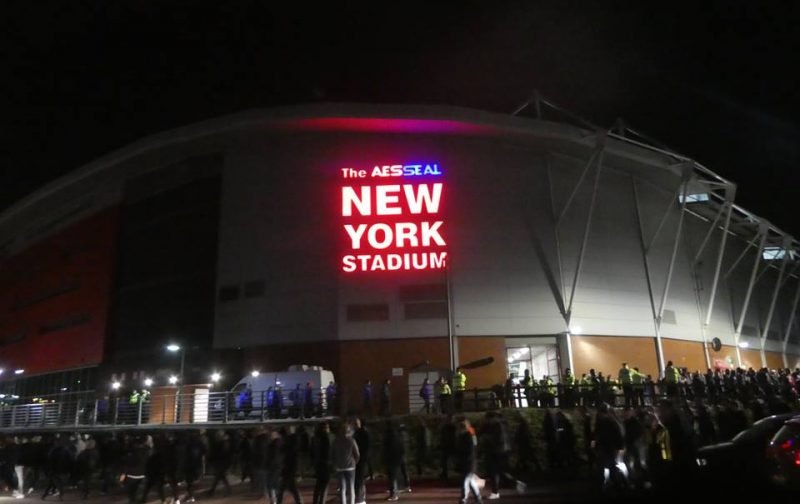 It’s been a week since we were looking forward to our last game of the season already knowing our fate but what has happened in the seven days since our last home game of the Championship?

The club have confirmed they will be spending time at a pre-season training camp in July in Germany and will hopefully get to play a couple of games there. We’ve also announced our usual first friendly of the season against Parkgate at Roundwood will take place on Saturday, 6th July.

The Mears Group have extended their sponsorship deal with the club and will continue in their away shirt sponsorship with Rotherham United soon to unveil the two new away strips for next season in our League One campaign.

As yet we’ve not heard anything about the retained list, although we do know that Manager Paul Warne has been in talks with Anthony Forde, Joe Newell, Jon Taylor and Ryan Williams.

I have renewed my season ticket this week – not that I wasn’t not going to but thought I’d let you know! While there I had the pleasure of seeing a former trialist who had his name on the back of a shirt so that’s looking hopeful!

The EFL announced that attendances have risen saying that they are the highest since 1959 with more than eighteen million people watching League games.

There have been play-off games with the second legs in the Championship seeing Aston Villa leading West Bromwich Albion and Leeds one-up against a Derby County team that included Kelle Roos and Tom Lawrence who both had loan spells with Rotherham. The Millers will be seeing one of Newport County, Mansfield Town, Tranmere Rovers or Forest Green Rovers coming up into League One from League Two with County and Town’s first leg finishing all square at one-one and Tranmere having a slender one-nil lead over Forest Green. In the League One play-offs neighbours Doncaster Rovers take on Charlton Athletic later today while former Miller Chris Maguire gave Sunderland a one-nil lead over former Millers Manager (albeit for only a week or two) Kenny Jackett’s Portsmouth.

And we have to take time out to welcome Salford City to the Football League after their Wembley win over AFC Fylde.