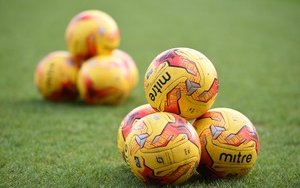 Rotherham United dropped into League One at the end of the season but we could be meeting with some former ‘friends’, for instance our former manager Steve Evans will be in the Gillingham dugout (or will be at the time of writing this article). Steve took the Millers to back-to-back promotions in the three full seasons he was at the New York Stadium as well as securing a place in the Championship. He moved on in September 2015 joining Leeds United a month later. Steve then had jobs at Mansfield Town and Peterborough United before becoming Boss at Gillingham in May 2019.

Also sat on the bench with his manager’s hat on will be ‘Big’ Dave Artell at Crewe. A Rotherham lad Dave played for the Millers 1998 to 2003, while also having a loan spell with Shrewsbury. From Millmoor he went on to play league football for Mansfield Town, Chester, Morecambe, Crewe (who he captained to victory in the 2012 Play-Off Final at Wembley) and Northampton Town as well as a handful of non-league clubs while also getting caps for Gibraltar. 2017 saw him move into management at Gresty Road and with the Railwaymen topping League Two when the 2019/20 season was cut short they were promoted as runners-up (on a basis of average points per game). Last season they finished a respectable eleventh in League One.

It could be that we meet former loanee Stephen Quinn who could still be with Burton Albion. Stephen came on loan from Sheffield United in 2006 as a nineteen year old helping the Millers avoid relegation and playing in sixteen games. From Rotherham he went on to play for Hull City, Reading and Burton although he spent from January until the end of last season on loan at Mansfield Town. Also at the Pirelli Stadium is Nick Fenton who played for Rotherham from 2008 to 2011 and is now Burton’s Head of Physio. He played in over one hundred and thirty games in a Millers shirt including a Wembley appearance in the League Two Play-Off Final that we lost to Dagenham and Redbridge. From Millmoor he moved to play for Morecambe and ended his playing career with Alfreton Town in 2014 when he moved to Burton as the clubs team physio.

When we play Charlton Athletic we could meet up with Ben Purrington and Jake Forster-Caskey. Ben came to the Millers in January 2017 from Plymouth making ten appearances that first season. Some good form from Joe Mattock saw Ben play just twelve times the following season before having loan spells with AFC Wimbledon and Charlton who he helped win the 2019 Play-Off Final at Wembley by scoring the first goal in a two-one win over Sunderland. That summer Ben signed a deal with the Addicks. Jake played a handful of games for Rotherham in 2016 when he came on loan from Brighton and Hove Albion. January 2017 saw him sign a deal with Charlton and he has been at The Valley ever since.

Rotherham let defender Billy Jones go out on loan to his first professional club Crewe Alexandra in January but after just three games was back at the New York Stadium with a knee injury. The club said ‘goodbye’ to him at the end of the season so might we see him in League One next season?

Doncaster Rovers have former Miller’s winger Jon Taylor after he left Rotherham to go to the Keepmoat in the summer of 2019. Tayls joined the Millers from Peterborough in August 2016 going on to make just under one hundred and thirty appearances, including playing seventy-five minutes in out League One Play-Off Final win against Shrewsbury at Wembley. Also with Rovers last season was Reece James who joined them the same time as Taylor. The defender came to the Millers in November 2014 on a six week loan from Manchester United playing eight games. From the New York Stadium Reece had a loan spell with Huddersfield before signing for Wigan the following season. Three years later he went on a free to Sunderland before moving to Doncaster where he scored seven goals in forty-eight appearances last season.

At Morecambe they have had three of our former players this last season – Ben Pringle, Toumani Diagouraga and Jordan Slew. Prings was with the Millers from 2011-2015 going on to make just under one hundred and seventy appearances scoring twenty-two goals. The midfielder scored in the penalty shoot-out against Leyton Orient at Wembley in the 2014 League One Play-Off Final. The summer of 2015 saw him join Fulham while also having a loan spell with Ipswich the following season signing for Preston. While with Preston he had further loan spells with Oldham, Grimsby and Tranmere before joining his former Manager, Steve Evans, at Gillingham in 2019. He played just a handful of games for the Gills and spent this last season with Morecambe. Paris born Toums came on loan to Millmoor in January 2007 from Watford going on to make seven appearances. Since then he has been at Hereford, Peterborough, Brentford, Leeds, Plymouth, Fleetwood and Swindon Town before joining the Shrimps in 2020. The attacking midfielder helped Morecambe to victory in the 2021 League Two Play-Off Wembley Final. Another loanee, Jordan joined the Millers in January 2013 going on to play in seven League Two games, from Blackburn Rovers. He had other loan spells before moving to Cambridge, Plymouth, Rochdale and non-league sides Radcliffe, Boston and Ashton before coming back to League football with  Morecambe in January 2020.

Born in Limerick midfielder Anthony Forde joined Oxford United from the Millers in 2019. He came to the New York Stadium in the summer of 2016 going on to make one hundred and fourteen appearances including coming off the subs bench in the 2018 League One Play-Off Final at Wembley. He was back at Wembley with the U’s two years later in the same competition again coming off the bench but couldn’t stop Wycombe winning. Anthony was offered a new contract at the end of last season by Oxford.

When we play Portsmouth we could well meet up with Sean Raggett who came on a season long loan to Rotherham from Norwich City in 2018. Unfortunately he only played in ten games and returned early to Carrow Road for ankle surgery. The following season he joined Pompey on loan signing a permanent deal in August 2020 where he’s scored five times in fifty-two games this last season.

Goalkeeper David Stockdale came on loan to the Millers, from Fulham, in 2008 playing eight games keeping two clean sheets and getting sent-off away at Shrewsbury after giving a penalty away which the hosts scored for the only goal of the game. After more loans David went on to play for Brighton and Birmingham where he had more loan spells, signing for Wycombe in 2020. February this year saw him play five games with Stevenage before he finished the season back at Adams Park and was in goal for Wanderers’ three-nil win over us at the New York Stadium.

So, all in all, there will be some old acquaintances to meet up with next season – whether we actually want to do that is another question!