Warne Pleased With Recognition From Chairman 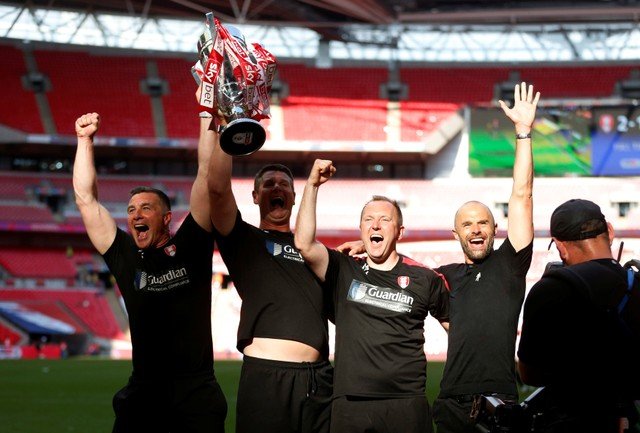 Rotherham United Management pair Paul Warne and Richie Barker told iFOLLOW that they were both happy to have committed themselves to the Millers saying none of them, including Matt Hamshaw, wanted to leave.

Richie said that he’d ‘enjoyed every minute’ of the previous three years and is pleased to be starting another season in the Championship by signing a new contract. ‘It’s done now,’ the former Millers striker said ‘I know it’s been talked about for a while and it’s out of the way and it makes it easier to concentrate on the football.’

‘I’m not a massive bloke on contracts and it doesn’t excite me that I’ve signed a new deal,’ the Gaffer said, ‘it’s more the fact that it’s recognition for Rich and Hammy (Matt Hamshaw) who have both supported me. And it’s about the recognition from the Chairman who must think we are doing a good job. This year is another challenge which we will take on and it’s good that the Chairman has offered us new deals.’

After both playing for the Millers they are part of the furniture now down at the New York Stadium and I do believe that they have changed the character of the club. When a new player signs in his first interview he always mentions how ‘the Gaffer’ sold the club to him, how he made them ‘feel special’. And I think Warney has grown into this management lark after seemingly taking a while to get the players to call him ‘Gaffer’ and not Warney.