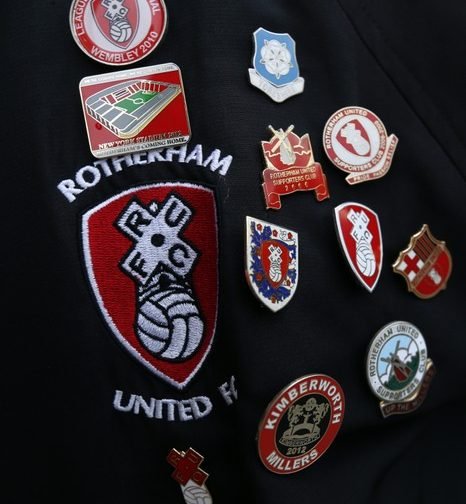 With just two weeks to go until the new season begins Rotherham United have been busy getting ready this week with two pre-season friendly games.

It should have been three games but after the squad had travelled back from their training camp in Germany on Monday they went to West Yorkshire on Tuesday to play against Farsley Celtic. Unfortunately, on getting there Millers Manager Paul Warne took one look at the pitch and deemed it ‘unsuitable’ saying he feared for the safety of both teams so the game was called off. However the game the following evening at Bradford Park Avenue did go ahead seeing a Kyle Vassell hat-trick plus goals from Freddie Ladapo and Daniel Barlaser give the visitors a five-one win.

Another game called off this week was our league game away at Portsmouth. The game was to take place on Saturday, 24th August and had already been brought forward to a 1230 kick-off but this week was postponed altogether annoying fans who had already re-arranged their travel and/or booked accommodation.

On Friday we all heard the rumours that Semi Ajayi was going to West Bromwich Albion with the deal being done yesterday (Saturday) for an ‘undisclosed fee’. There have been fans saying that ‘this wasn’t enough’ (how they know what ‘undisclosed’ is I’m not sure – but perhaps they didn’t think we should sell the tall Nigerian?) and other fans saying things like ‘we go him for nothing so we’ve made something on him’ and/or ‘he would have been a free agent this time next year and would have gone for nothing’. Which category do you fall into? He made his debut for the Baggies yesterday in a four-nil win away at Scunthorpe. Albion were three up when Semi, one of six changes, took to the pitch with the Baggies fans singing ‘we’ve got a Semi on’ and, apparently, the rest of the stadium laughing hilariously at this – wonder where they got that chant from then?!

While Semi was playing at Glanford Park the Millers had their own pre-season friendly at the Proact Stadium where they won two-one thanks to an own goal and a Michael Smith penalty.

So, it’s been one out none in this week. But, there have been the rumours going round that there will be three quick signings in next week – one expected to be Jamie Lindsay from Ross County and another to be a goalkeeper who we know Paul Warne has been trying to fetch in for some weeks. There have also been rumours that one player will be leaving – whether on loan or on a permanent deal, the rumour didn’t specify. Just a quick note on people leaving so far there has been no news of either Jon Taylor or Anthony Forde finding new clubs after they decided not to sign the deals Rotherham were offering them.

The Millers first home game of the season is away at Wimbledon and all tickets have now been sold. Tickets are available from the Red and White shop for our trip to Shrewsbury in the Carabao Cup and home tickets for our games at the New York Stadium against West Bromwich Albion (a chance to see Semi again?) and Leicester City friendly games and League games against Lincoln City and Bury.

A busy week next week for the Millers? Could well be.

2 Replies to “Two Weeks To Go”