Ton Up For Smudge 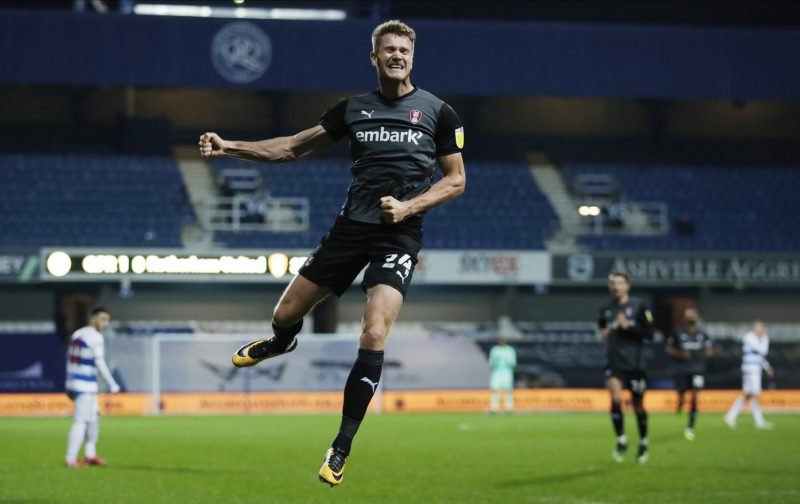 Rotherham United striker Michael Smith scored his one hundredth career goal on Saturday when he opened the scoring just before half-time for the Millers away at Bristol City.

Speaking to the Official site Smudge said he didn’t know about his ‘ton’ until somebody told him saying, ‘Obviously, it’s nice but today is all about the three points. It’s a massive win for us and keeps the pressure on the teams above us.’

Born in Wallsend, Tyne and Wear, he played for the Wallsend Boys Club, his first professional club being Darlington making his league debut almost eleven years ago. From there he went to Charlton Athletic and after a number of loan deals joined Swindon Town in 2014. A successful loan spell with Portsmouth saw him sign a professional deal at Fratton Park before another move saw him join Bury.

Michael joined the Millers in the 2018 January transfer window making his debut a couple of days after putting pen to paper from the bench away at Oldham Athletic. His first Millers goal came ten days later when he scored the first in our two-nil home win against Bradford City.

All-in-all Michael has made one hundred and eighteen appearances in a Rotherham shirt scoring thirty-five times.

For the record his other goals were five for Darlington, a hat-trick while on loan with Accrington Stanley, six on loan with Newport County, another loan spell saw him get ten for AFC Wimbledon, for Swindon Town he scored twenty-six, four for Portsmouth on loan then another six, including a hat-trick, after he’d signed a permanent deal with Pompey, a loan spell with Northampton saw Michael get two and two more for Bury.

Going into this international break Michael is the Millers top scorer this season with nine goals and three assists.

Here’s to another hundred goals!

2 Replies to “Ton Up For Smudge”