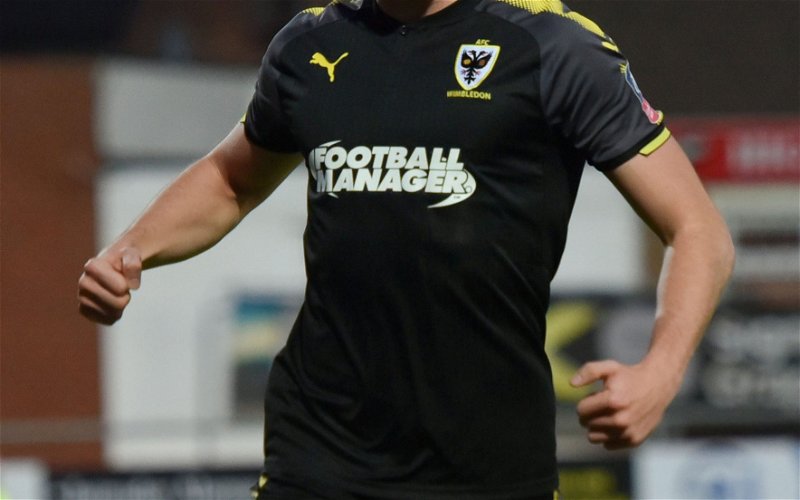 AFC Wimbledon central-midfielder Anthony Hartigan has rejected a new deal with the club with the Evening Standard hinting that the Millers as well as Blackpool and Preston North End are ‘tracking’ him.

The twenty-two year has been at Wimbledon since joining at the age of fourteen and was named LEF League One Apprentice of the Year in 2018. He had a loan spell with Newport County in the second half of the 2020/1 season playing at Wembley in the League Two Play-Off Final which Morecambe won one-nil.

Anthony made his debut for Wimbledon in 2017/18 season and has gone on to play in one hundred and fifty-two games scoring a handful of goals playing against the Millers in both League games last season.

Depending on who leaves the Millers before next season could depend if there is any truth in this rumour. Personally, I doubt it, but you just never know.