The Millers Go Marching On 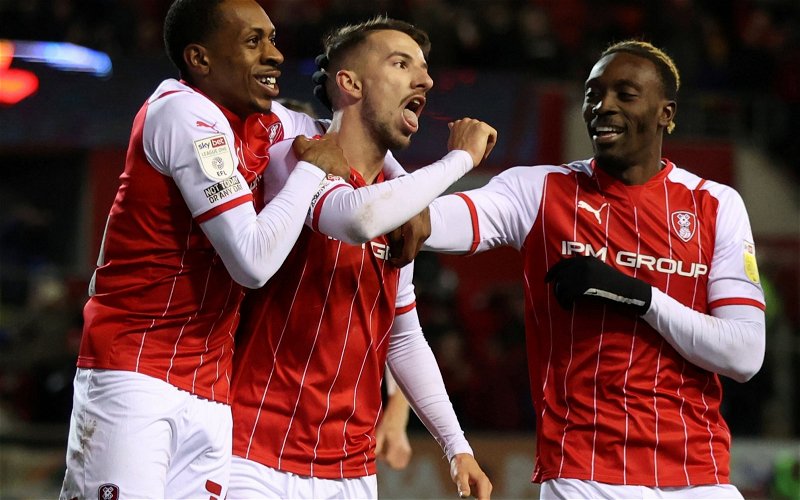 This was a game that had penalties, red card, missed spot-kicks and goals as Rotherham United recorded their nineteenth game, in all competitions, without defeat against Gillingham at a windy New York Stadium this evening.

Applause from the Millers fans for former Manager Steve Evans as he waved from the away dugout before the game was a nice gesture for a man who got us promoted twice.

It was the visitors who started the brighter and the game was only five minutes old when a mix up between the Millers midfield saw Stuart O’Keefe come away with the ball passing the ball to Ryan Jackson on the overlap who sent the ball to Olly Lee in the box the midfielder shooting into the roof of the net to give Gillingham the lead. Minutes later the Millers had a chance from a Dan Barlaser corner which found the head of Michael Ihiekwe but Gills goalkeeper Aaron Chapman did well to put the ball behind for another corner. In the middle of that Max Ehmer was replaced after receiving treatment on the pitch with Harvey Lintott taking his place. Rarmani Edmunds-Green did well to put the ball out before a good ball from Mustapha Carayol reached Daniel Phillips in a good position. At the other end Ben Wiles tried his luck from twenty-five yards out but his shot was off course before Danny Lloyd brought Chieo Ogbene down as he surged past him the Millers resulting free-kick coming to nothing. The hosts didn’t seem to be able to find a rhythm and when a good ball in from Wes Harding aimed at Ihiekwe came back to the defender who put it back in for Michael Smith but his header went wide. A cross from Lloyd at the other end saw Harding defend well to stop it reaching John Akinde followed by some nice football from Ollie Rathbone who sent Freddie Ladapo on his way but the forward’s effort was deflected wide. Referee Ross Joyce finally had enough of the visitors time wasting antics and booked Ryan Jackson for taking an age taking a throw-in. On the thirty-ninth minute a ball was knocked forward with both Smith and Ladapo chasing and hesitation from Robbie McKenzie let Smith in who was denied when Chapman saved at his feet but the ball came back off Ladapo and slowly made it’s way into the net for the Millers equaliser. Minutes later it might have been two after Barlaser made Jack Tucker rush a clearance Smith found the ball at his feet only for his shot to hit Barlaser who was offside. This was followed by a long ball from Rathbone finding Ladapo who fired over the cross bar. Barlaser won a free-kick which he took finding Ihiekwe at the far post with the Gills defence hacking the ball away but it fell to Mickel Miller who hit the ball back in and taking a deflection saw it find the back of the net to send Rotherham in at half-time with a two-one lead.

Gillingham started the second half with a change John Akinde making way for Gerald Sithole. But it was the Millers who started the brighter with both Dan Barlaser and Michael Smith having shots that went over the crossbar before a good delivery from Mickel Miller saw an effort from Freddie Ladapo go wide. Aaron Chapman sent the ball out which Ollie Rathbone was first too and he found Smith who blazed over Rathbone again won possession this time sending Ladapo on his way who in turn sent the ball towards Ben Wiles who won a corner which Chapman punched out without much conviction, Michael Ihiekwe just not near enough to capitalise. A corner from Miller just before the hour mark was heading towards Ihiekwe who was pulled back and referee Joyce pointed straight to the penalty spot. Up stepped Barlaser and after some delaying efforts from the Gills, including putting a pair of gloves on the penalty spot, put it under the diving Chapman to make it three-one. The first change for the Millers followed seeing Shane Ferguson on for Mickel Miller. Smith saw an effort go wide before Viktor Johansson in the Millers’ goal had to be alert to get down to a cross from Olly Lee before it found Danny Lloyd in space. Chieo Ogbene had been making some good runs down the wing and with twenty minutes to go worked his way into the box and was pulled over by Ryan Jackson who received a second yellow and went for an early bath. Barlaser stepped up but this time his spot-kick came back off the crossbar and went to safety. Only starting with four subs on the bench Steve Evans then made his second change  Bailey Akehurst replacing Daniel Phillips while the Millers brought on Joshua Kayode for Michael Smith. Both Barlaser and Rathbone had shots that went wide before Freddie Ladapo made way for Will Grigg. With ten minutes to go Barlaser made up for his missed penalty after Kayode sent him a lovely ball and he sent it into the net from the edge of the area to give Rotherham a four-one lead. Wes Harding obliged when he got the ball on the edge of the box with the Millers fans urging him to shoot with Chapman doing well to tip his shot away. More good work from Rathbone saw him find Ogbene who worked his way into the box for a shot which went in off the underside of the crossbar to give Rotherham a five-one win. Barlaser who might have had a hat-trick earlier on nearly got just that in time added on when he tried his luck from distance and was a tad unlucky to see the ball go inches wide.

After a bit of a wishy-washy first-half which Rotherham were probably lucky to go in winning, the Millers came out fighting for the second half and put in a promotion effort with some of the players unlucky to see shots/headers go just over or wide.

Another home game on Saturday sees Burton Albion the visitors and will they also be the next Millers’ victims?

Attendance – 8,008 with 164 brave souls making the journey from Kent 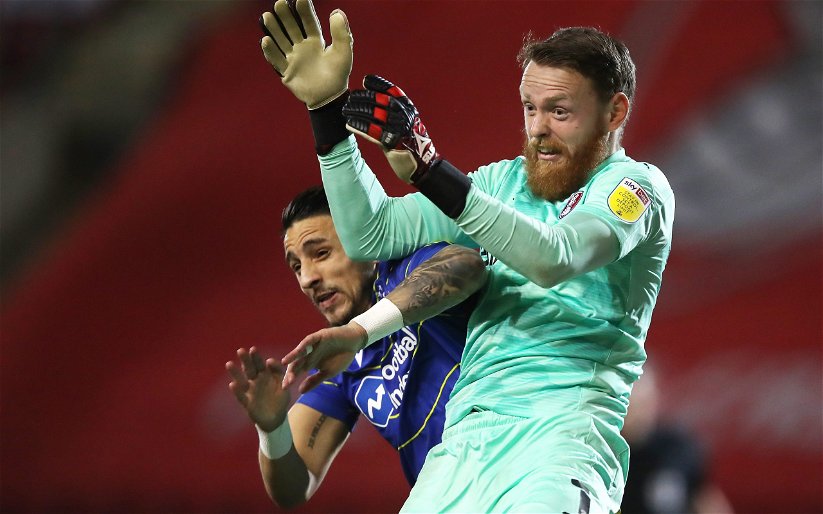 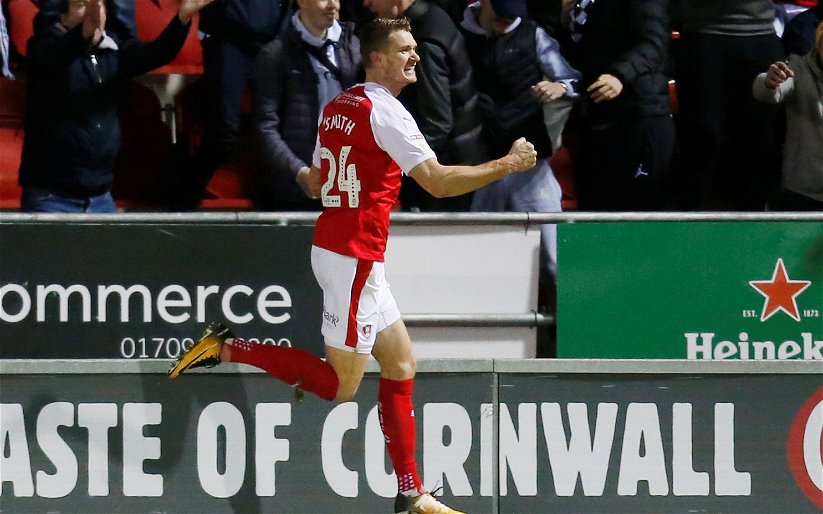 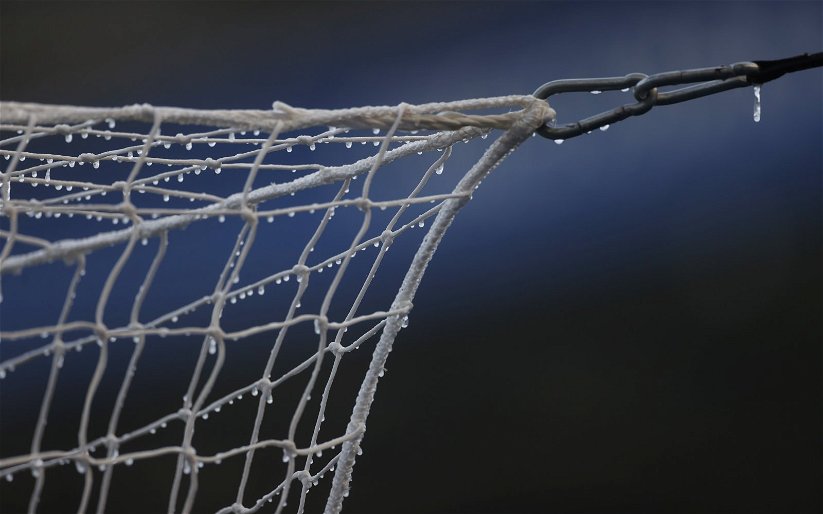