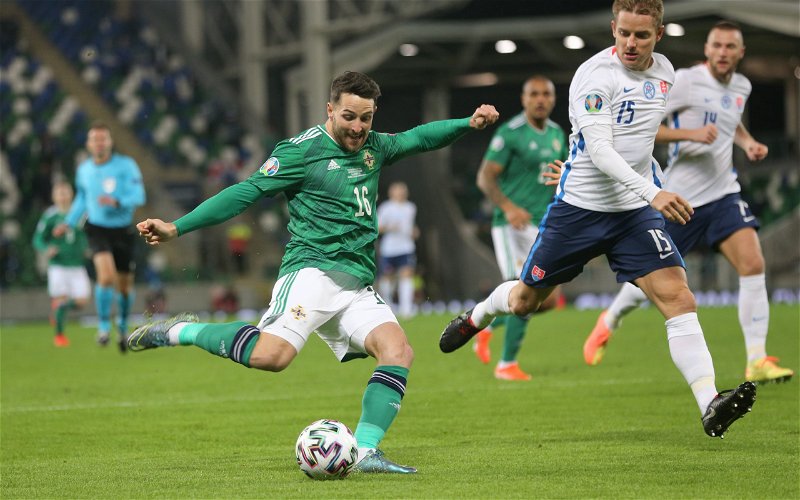 Rotherham United’s first summer signing Conor Washington said that he’s always thought the club would ‘suit him down to the ground.’

Speaking to the Official Site Conor was asked what made him want to become a Miller, the thirty year old replying, ‘The whole club, the manager, the way they set their stall out very early in their interest and it’s been a club that me and my agent have always spoken about that would suit me down to the ground. I think it’s going to be a really good fit.

‘Anyone I’ve ever spoken to who has played here as only ever had positive things to say.’

And he includes Shane Ferguson in that statement who he plays alongside for Northern Ireland and he said he thought it was a great move for the Millers when they signed Shane.

Conor also said that through zoom meetings he’s realised that the management staff’s and his visions align saying, ‘I want to be back at this level (Championship) playing week-in week-out and they think I can do that. I do still want to improve as a player and the coaching staff here are able to help me do that.’

Like Millers Manager Paul Warne, Conor started his career in non-league with first St Ives Town then into the Blue Square Premier League with Newport County, and the striker said that this came up when speaking to Warney saying, ‘I’ve seen the other side of life and I realise how privileged I am.’

Playing against Rotherham twice last season for Charlton Conor said he was impressed with the ‘team spirit’ and he hopes to be able to get in the team to add to that.