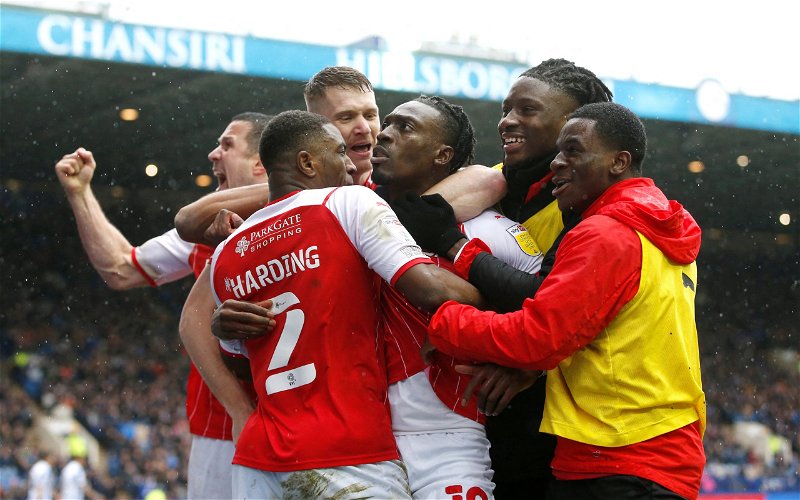 Rotherham United players will return to training tomorrow but look like being without both Michael Smith and Michael Ihiekwe.

It is looking increasingly likely that the pair are going to leave the Millers and even more likely that they will be signing for League One side, and Rotherham rivals, Sheffield Wednesday.

The Owls have already signed former Millers skipper Will Vaulks and look like they are adding two more to their ranks.

Striker Smith and defender Ihiekwe were offered new contracts at the end of last season with both going away to ‘ponder’ on their future. It looks like that pondering is over.

Earlier this week Millers Manager Paul Warne was expecting to keep either one or both of the players but it’s rather looking like that won’t be happening now.

Yes, I’m a bit surprised that this could happen, both dropping to League One. Do I blame the players? No, they were obviously offered a better deal. Do I blame Sheffield Wednesday for wanting them? Not at all, both have proved themselves in League One.

To be honest, I’d like this to be sorted as soon as possible so we can get on with finding replacements.