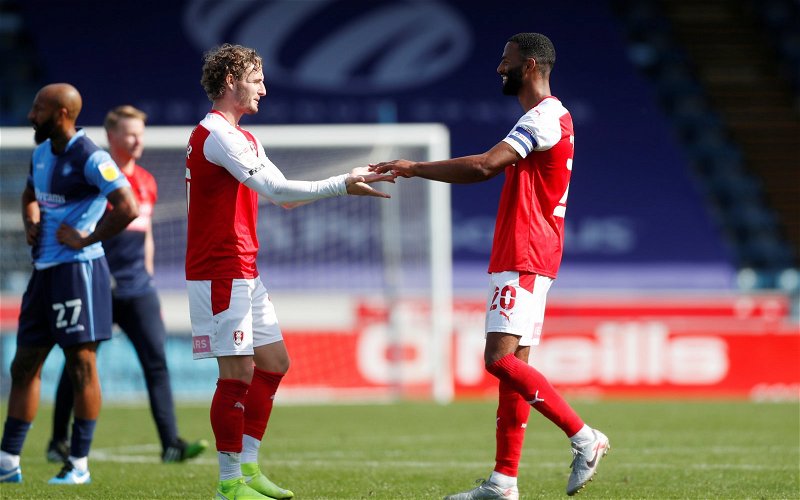 Rotherham United’s Kieran Sadlier got the Millers first hat-trick last night since 2017 (Lee Frecklington) helping the hosts to a five-nil win over a young Manchester City side in the Papa John Trophy.

It was a bit of a dull affair in the first half with Hakeen Odoffin fetching off a save from City ‘keeper Cieran Slicker and Sadlier putting a few good crosses in before Freddie Ladapo had a double shot which didn’t worry Slicker. Viktor Johansson, recently back from injury, did well to stop a cross from James McAtee reaching Micah Hamilton before an injury to the Viking and Jake Hull brought a few minutes stop before both got to their feet. Tolaji Bola saw a header go wide followed by a penalty appeal when Kayode hit the floor with the referee not interested. As the visitors started to get into the game Sadlier saw yellow for a trip on a City player. Miller put in three crosses which the men in red couldn’t capitalise on before a cracking shot from Sadlier some thirty yards out when just wide leaving the City ‘keeper rooted to the spot. Jacob Gratton was the next Rotherham player to go down in the area and again Mr Barrott said no. Kayode was the next to see yellow for a cynical challenge that stopped the visitors breaking with McAtee doing well to get past Curtis Durose and go down with the Millers player getting booked.

Rotherham started the second half with Will Grigg on for Freddie Ladapo but it was City who had the first shot with Viktor Johansson doing well to save from James McAtee. City brought on Kayky Chagas for Micha Hamilton, and Nico O’Reilly replaced Liam Delap. The deadlock was broken on fifty-two minutes after a long range shot from Kieran Sadlier with Grigg getting a toe to it to put the ball in the net. Joshua Kayode might have made it two but his header was blocked before City really should have equalised when the ball came to Josh Wilson-Esbrand who was free at the back post with the defender firing over. Sadlier had a couple of chances before Kayode was fouled in the area by Finley Burns and, at the third time of asking, the referee gave the spot-kick. Sadlier stepped up and sending Cieran Slicker the wrong way to make it two-nil. Three minutes later Jake Hull found himself free at the near post and glanced the ball into the net making it three to the hosts. Changes for the Millers saw Richard Wood and Curtis Durose make way for debutants Mackenzie Warne and Ciaran McGuckin with the pair working well together to find Sadlier with the number seven seeing his shot blocked by a defender. At the other end O’Reilly saw a shot go just past the post before Johansson brought off a good save from the same player. With ten minutes to go the Millers went four-up after a McGuckin ball fell to the feet of Sadlier who put the ball in the net and in the last minute of the game a free-kick was taken by Sadlier who curled the ball into the net for his hat-trick.

Well done to Sads who got his hat-trick and to the Millers who have got through to the next round of this competition by finishing top of Group E with three wins out of three. 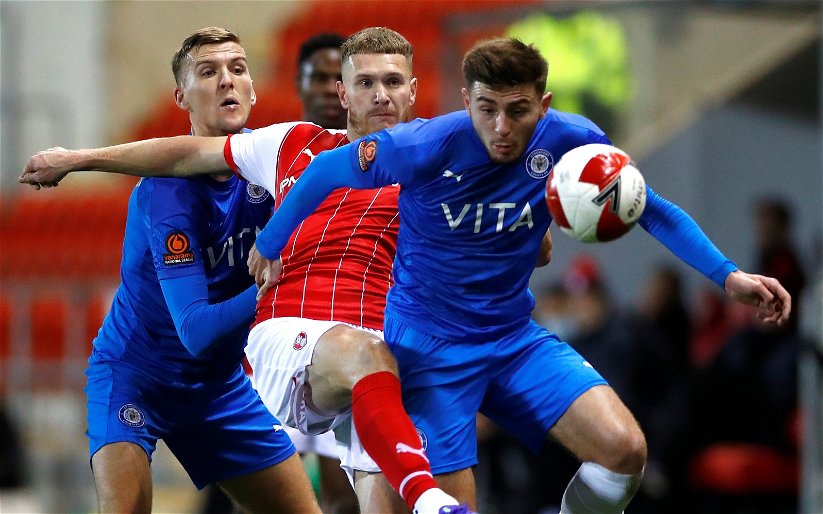 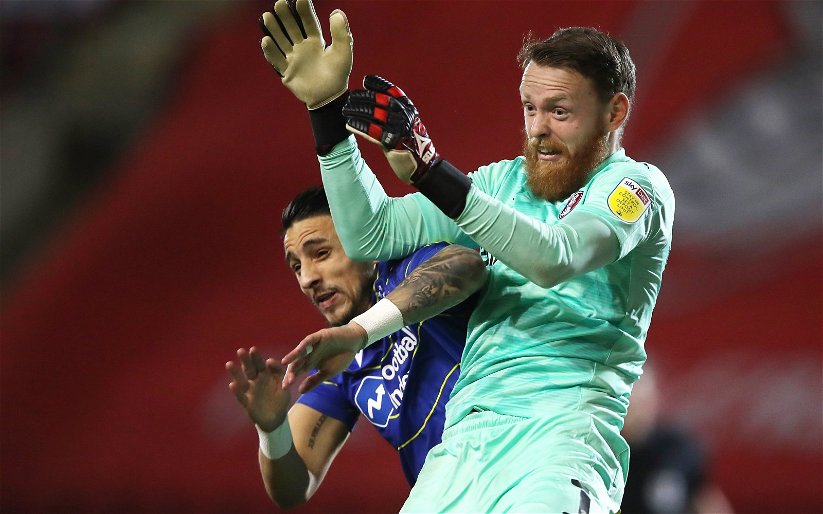