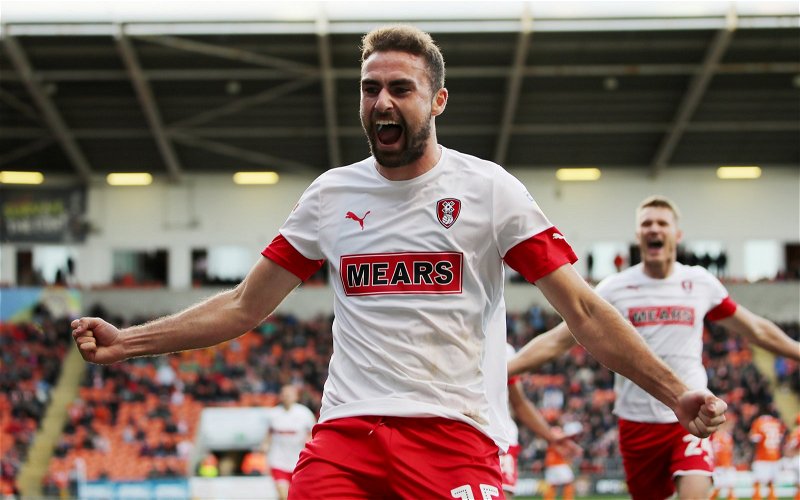 Rotherham United defender Clark Robertson was all smiles as he told IFollow that he was happy to be back training with the rest of the lads.

The twenty-seven year old Scot joined the Millers from Blackpool in the summer of 2018 going on to play thirty-one games that first season. Groin injuries brought last season to an early close (well, earlier than every other player) when he played twenty-two times and he looked ready to push on this season but managed just two games when he suffered a broken metatarsal against Norwich City in October having to have surgery which has ruled him out so far.

Now, the former Aberdeen centre-back is back training on grass and trying to get his fitness up and says he wants to put last season behind him.

‘My foot is probably stronger than ever now,’ Clark said, ‘and it’s just a case of building up my fitness and my sharpness then getting minutes on the pitch in training and games. I feel good.’

Rotherham aren’t actually short of centre-backs so Clark is going to have to work really hard to oust someone out and get himself back to the front of the queue but I’m sure it won’t be that long before we see him get minutes on the pitch in competitive football.

At last though, this is good news for the Millers.