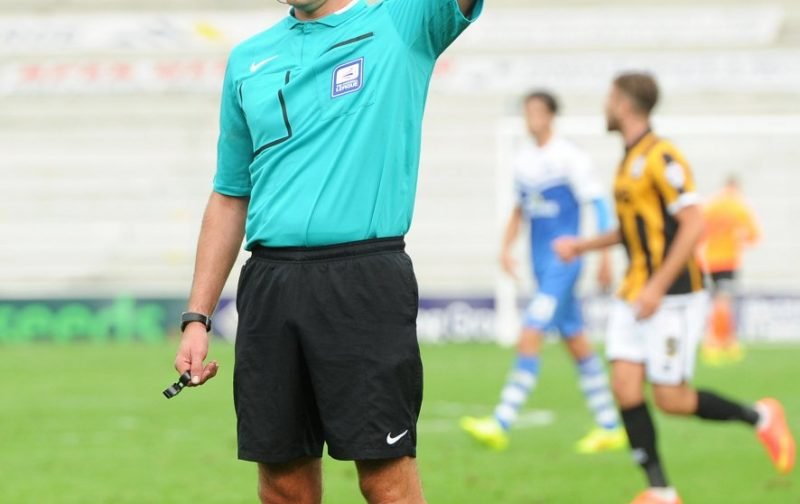 Rotherham United continue the Easter programme with a home game against Wycombe Wanderers on Monday when James Linington from Newport, Isle of Wight is in the middle.

James became an Assistant Referee in 2006. In that year he was an Assistant for the FA Vase Final and the League One Play-Off Final between Barnsley and Swansea. He was promoted to the National Group of Referee’s in 2008.

He was last in charge of the Millers at Pride Park in January when a Jamie Lindsay goal four minutes from time gave the visitors a win over Derby County. He was also in the middle for the reverse of this fixture in September at Adams Park when a late Michael Ihiekwe goal saw Rotherham get all three points.

The time before that the Millers and Mr Linington met was in January 2019 at Portman Road which saw a thirty-first minute Will Keane goal give Ipswich Town the one-nil win. Booked for Rotherham that day was Zak Vyner.

Two seasons before saw James in the middle for our trip to Stevenage in League One in November 2013. A first half goal from Ben Pringle plus second half goals from Claude Davis and Michael O’Connor gave the Millers all three points that afternoon.

This season James has been in the middle for twenty-five games showing fifty-five yellow cards – two of those to Wes Harding and Ben Wiles – and three red cards.

Shaun Hudson and Adrian Waters are running the line on Monday while the Fourth Official is Michael Salisbury.