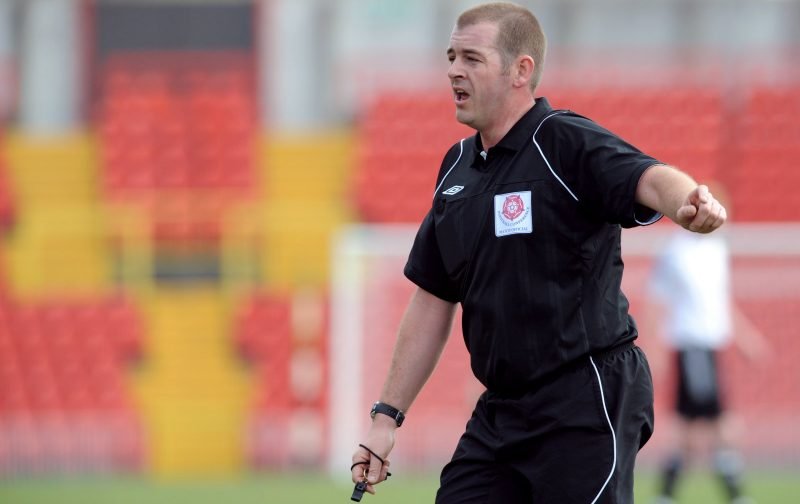 Rotherham United are back at the New York Stadium this weekend when Accrington Stanley are in town and Darren Handley from Lancashire has the whistle.

This will be the second time we’ve seen Darren at the New York Stadium this season, the first being last month when Coventry City were the visitors. Matt Crooks opened the scoring for the Millers on thirteen minutes followed six minutes later by a Michael Smith penalty. On the fifty-seventh minute Kyle McFadzean was given his marching orders for fetching down Crooks in the area with Smith getting his second from the spot and Rotherham’s third goal. With fifteen minutes to go Crooks took advantage of a defensive mix-up and poked his second and the Millers fourth home. Matthew Olosunde and Joe Mattock saw yellow for the hosts that afternoon while Callum O’Hare got the same for the visitors.

Darren was first in charge of a Millers game in October 2017 in our Checkatrade Trophy Game when Chesterfield were the visitors at the New York Stadium, a game that saw Ben Wiles make his debut. The Spireites went ahead in the opening ten minutes with a goal from Diego De Girolamo with Will Vaulks equalising for the hosts with twenty minutes to go. In the last minute of the game Jak McCourt scored the winner for the visitors.

So far this season Darren has been in charge of fourteen games showing fifty-three yellow cards and four red cards.

Running the line on Saturday we have Simon Clayton and Oliver Bickle with the Fourth Official being Abbas Khan.