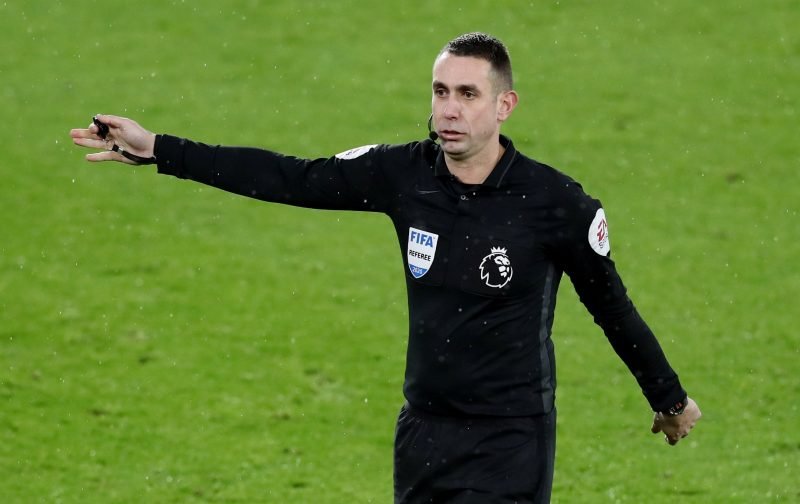 Rotherham United welcome Reading to the New York Stadium on Saturday where the referee will be David Coote from Nottinghamshire.

After being appointed as an EFL Referee in 2010, David has been making his way up the ranks and, at the moment, rotates between the Championship and Premier League.

David has been in the middle for a few Millers games in the past the first being our Johnstone’s Paint Trophy win over Lincoln City at Don Valley in August 2010. The same season he was also in charge of our three-nil loss to York City in the FA Cup at Bootham Crescent and our three-all draw at Stockport County in the League where Ishmel Demontagnac opened the scoring for the home side on thirty-three minutes but less than a minute later Kevin Ellison scored an equaliser. Two goals in the second half in two minutes from Stephen Husband put Stockport three-one up but an own goal six minutes from time by Matthew Grieve gave the Millers a life-line. In the final minute of the game up popped Ryan Taylor to rescue a point for the visitors.

In the 2011/12 season David reffed two, two-all draws involving the Millers. The first in August at Don Valley when Barnet were the visitors. Clovis Kamdjo put the visitors in front on thirty-six minutes with Troy Brown equalising four minutes into the second half for the Millers. Just after the hour mark Michael Raynes was adjudged to have fouled Izale McLeod in the area and the striker picked himself up and gave Conrad Logan no chance with the spot kick. With eight minutes to go Adam Le Fondre saved a point for the Millers when he shot the ball through the legs of Dean Brill into the back of the net. The second time was at the back end of the season at Aldershot On nine minutes Darren Jones fouled Gareth Evans in the area and after picking himself up and dusting himself the winger scored the resulting penalty. Nine minutes later the Shots had equalised with a goal from Peter Vincenti but on the half-hour mark Sam Hoskins, who was making his league debut for the Millers, chipped the ball over home ‘keeper Jamie Young and into the top of the net. Ten minutes into the second half Guy Madjo equalised for the Shots. On eighty-two minutes a crude lunge from Tom Newey on Adam Mekki which earned him a second yellow and the Millers down to ten men. Three minutes later Mr Coote evened it up when he showed Jordan Roberts a second yellow.

David also officiated in the Millers game at Home Park in April 2013 when a seventy-fifth minute goal from Kieran Agard won the match for the Millers helping them to promotion and was in the middle for our Easter Monday 2014 game when the Millers entertained Port Vale at the New York Stadium. On the stroke of half-time Richie Smallwood blocked a shot from Vale’s Billy Knot and Knot went down like he’d been pole axed and Mr Coote took the red card from his pocket and showed it to the Millers midfielder leaving the hosts a full forty-five minutes a man light. But up stepped Kieran Agard, who’d replaced Nicky Adams at half-time, who struck the ball home ten minutes from the end of the game to give the Millers all three points.

August 2015 saw David in the middle for our home game against Preston North End which ended goalless where he booked Joe Mattock, Greg Halford, Joe Newell and Jonson Clarke-Harris for the Millers.

September 2016 saw David at the New York Stadium when Cardiff City were the visitors. Izzy brown put the Millers ahead on the hour mark but two goals from Rickie Lambert in six minutes saw the Welshmen take all three pints. Boxing Day the same year was the next time we met up with David when the Millers got a rare victory – although nearly messed it up! Aimen Belaid, Danny Ward and an own goal by Dan Burn on the stroke of half-time sent Rotherham in three-nil against Wigan Athletic at the break at the New York Stadium. Yanic Wildschut made it three-one and with just over ten minutes to go Jordi Gomez made it very uncomfortable for the hosts. Belaid, Ward, Darnell Fisher and Joe Mattock saw yellow for the Millers with Wigan’s Craig Davies and Michael Jacobs getting the same.

David’s last time in charge of the Millers in a League game was in October 2017 at Spotland when Richard Wood sent the Millers fans home happy with the only goal of the game on fifty-seven minutes. Darren Potter and Ryan Williams saw yellow for the Millers that afternoon.

But the last time the Millers and David met was just over two years ago in the FA Cup game at the Ethiad Stadium against Manchester City in January 2019. The Millers lost seven-nil with Raheem Sterling, Phil Foden, an og from Semi Ajayi, Gabriel Jesus, Riyad Mahrez, Nicolas Otamendi and Leroy Sane scoring the goals.

Of the nineteen games David has been in charge of this season, mostly in the Premier League, he has shown sixty-seven yellow cards and two red cards.

Running the line on Saturday we have Nick Hopton and Richard Wild with Ross Joyce the Fourth Official.