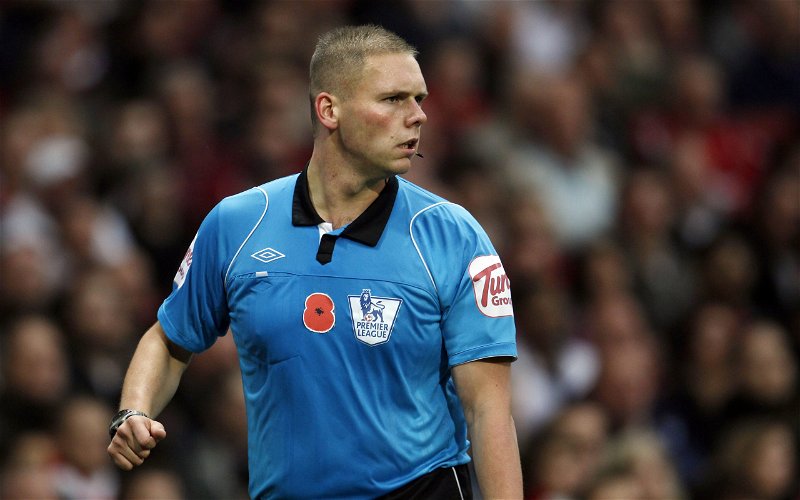 Rotherham United are back at the New York Stadium on Saturday when Oxford United are the visitors with Surrey’s Charles Breakspear in the middle.

Charles began his refereeing in his local county of Surrey coming through the ranks including the Blue Square Premier League which he was promoted from in 2013.

This is the second time Charles has refereed a Millers game this season, the first being in February when a Joshua Kayode goal on the hour mark was enough to give Rotherham the three points away at AFC Wimbledon.

Before that he was in the middle for a December 2019 game at Roots Hall where Rotherham went in front on twenty-nine minutes thanks to an own goal. Southend made it two-one, the first from the penalty spot just after the start of the second half and the second three minutes later, but a Freddie Ladapo goal on the hour mark gave the visitors a point. Charles was also in charge of our EFL Cup game earlier that season when Sheffield Wednesday were the visitors at the New York Stadium. A last minute Atdhe Nuhiu goal gave the visitors the win with Dan Barlaser seeing yellow for Rotherham alongside the Owls’ Barry Bannan and Joel Pelupessy.

The only other time Charles was in the middle for a Millers game was the first game of 2016 when Rotherham travelled to Spotland to take on Rochdale. Shay Facey, on loan from Manchester City, made his debut for Rotherham with Tony Andreu putting the Millers in front on the thirty-fifth minute. Unfortunately for the visitors Eoin Doyle equalised midway through the second half with an own goal in the final minute of the game from the head of Jonson Clarke-Harris giving Preston all three points.

This season Charles has been in charge of thirty-four games showing a whopping one hundred and fifty-five yellow cards and seven red cards.

Running the line on Saturday we have Abbas Khan and Daniel Woodward with the Fourth Official being Ravel Cheosiaua.