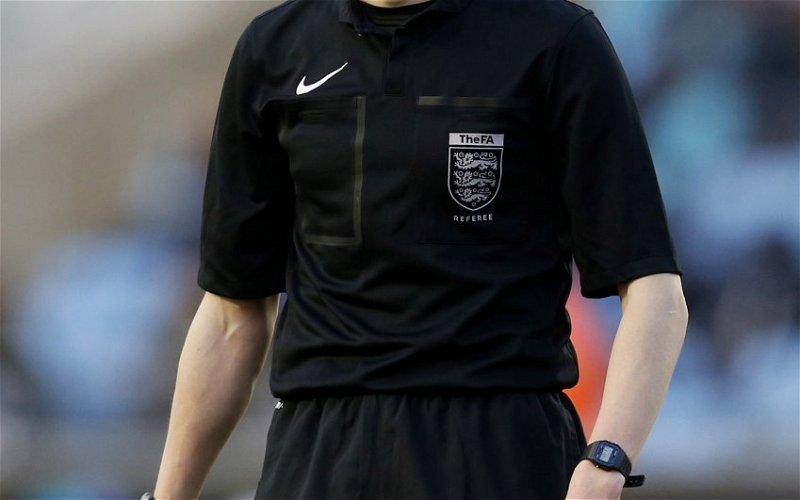 Rotherham United welcome Ipswich Town to the New York Stadium on Saturday, as well as Sky TV, when Peter Wright from Merseyside is the referee.

Peter began his referee career in the Craven Minor Football League in Southport going on to referee the Liverpool County’s FA Academy Programme at both Premier League clubs in Merseyside. He also had a spell with the Durham County FA while at University in the area and began refereeing in League’s One and Two at the start of the 2018/19 season.

The Millers and Peter last met at the end of November in our Papa John’s Trophy game at home to Port Vale. The game ended one-all, Michael Smith getting the hosts goal, with Rotherham winning five-three on penalties.

December 2019 is the only other time Peter has been in the middle for one of our games this one being in League One when Fleetwood were the visitors to the New York Stadium. Ched Evans put the visitors in front on the twenty-sixth minute with Freddie Ladapo equalising in the second half. A minute later Evans put Fleetwood back in front but a Matt Crooks goal ten minutes from time gave the hosts a point from the game. Joe Mattock, Trevor Clarke and Adam Thompson saw yellow for Rotherham in that game before Christmas with Town having Lewie Coyle booked.

This season Peter has shown ninety-eight yellow cards and three red cards in the thirty-one games he has been in charge of.

Running the line on Saturday we have Ollie Williams and Graeme Fyvie with Andrew Kitchen the Fourth Official.