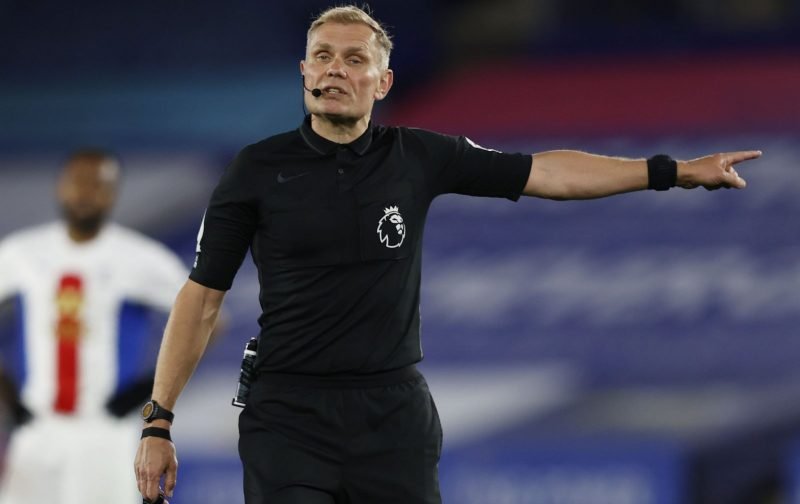 Rotherham United’s last game of the season sees them travel to take on Cardiff City when Graham Scott from Oxfordshire is in the middle.

The last time the Millers and Graham met was in an EFL Cup game in August 2018 at Goodison Park.  Gylfi Sigurdsson put the Toffees in front on twenty-eight minutes with Domonic Calvin-Lewis adding to that just after the hour mark.  Will Vaulks made it two-one with four minutes to go, doing his trademark back-flip, but a minute later Calvin-Lewis made it three-one to Everton.

Graham was last in charge of a Millers league game back in November 2017 when Rotherham made the short trip to the Keepmoat Stadium to take on neighbours Doncaster Rovers. It was a game that Richard Wood probably wants to forget after firstly missing a golden chance to put the Millers in front after a Semi Ajayi header rebounded off the underside of the crossbar to Wood on the line who somehow managed to also hit the underside of the crossbar this time the ball going to safety. Just after the hour mark a quick break from the hosts saw Wood turn a Rodney Kongola cross into his own net. Luckily in six minutes of time added on Kieffer Moore scored his thirteenth goal of the campaign to get the visitors a point.

The game before when Graham was involved saw four second half goals from Marc Roberts, Adam Hammill, Tom Bradshaw and Ryan Kent give Barnsley all three points in August 2016. Joe Newell of Rotherham and Barnsley’s Josh Scowen were shown yellow that afternoon.

Before that it had been almost three years since Graham was in the middle for a Millers game – 7 December 2013 at the New York Stadium to be exact – in an FA Cup game against Rochdale. The game started well for the Millers with Lee Frecklington scoring in six minutes but a Matthew Lund goal ten minutes into the second half gave Rochdale an equaliser. On the seventy-third minute Mr Scott deemed a challenge on Lund by Michael Tidser was worthy of a second yellow and the Millers were down to ten men and ten minutes later Peter Vincenti scored to take Rochdale into the next round. After the game Millers Manager Steve Evans said he was ‘left shaking his head’ at some of the decisions from the official.
.

In the 2008/9 season Graham was in charge of three Millers’ games. The first was at Bournemouth in October when the game ended nil-nil. The next game was the following month at St James Park, Exeter when Ben Watson put the home side up just before half-time and on sixty-six minutes Reuben Reid scored a penalty to give the Millers a point. That evening, Drewe Broughton, Marc Joseph and Ian Sharps were shown yellow cards. Then Graham came to Don Valley to officiate in the derby between the Millers and Chesterfield. The Millers were three-nil winners that day with Reid scoring two goals and Pablo Mills getting a third seven minutes before the final whistle. The Spireites had Drew Talbot sent off on seventy-nine minutes when he ploughed into the back of Dale Tonge, receiving his second yellow of the night. Also booked were Mark Hudson and Dale Tonge from the Millers.

In October 2010 Graham was in charge of our one-all draw with Stevenage at Don Valley. Nicky Law scored on the stroke of half-time only for John Mousinho to equalise eight minutes before full-time. That day, Graham booked Tom Newey and Nick Fenton of the Millers and Ron Henry for the visitors.

This season Graham has shown sixty-eight yellow cards in the twenty-four games he has been in charge of and five red cards.