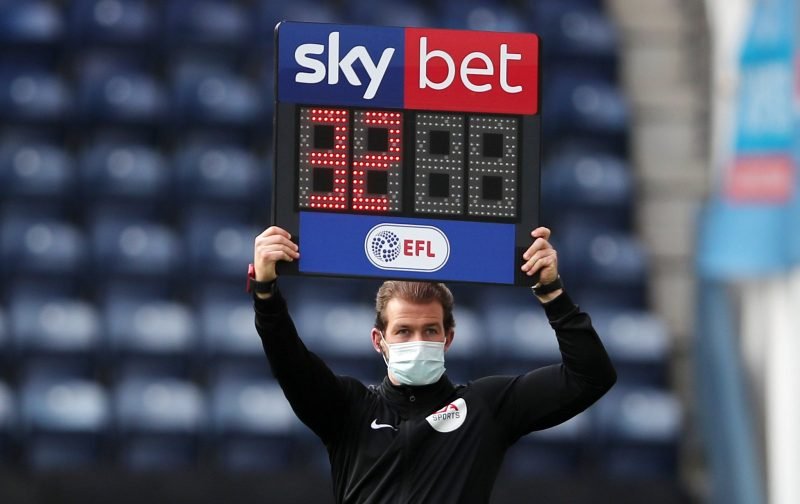 Rotherham United welcome Portsmouth to the New York Stadium when the referee will be Anthony Backhouse from Cumbria.

Anthony began his refereeing at the tender age of fourteen in Cumberland rising to officiating in the Blue Square Premier League in 2012, being promoted to the National List of Referees for the start of the 2017/18 season.

He last met the Millers in January 2020 in an FA Cup tie at the New York Stadium when Hull City were the visitors. Former Miller Tom Eaves scored a hat-trick for the visitors in a three-two win where Michael Smith and a stunning goal from Kyle Vassell were the scorers for the hosts.. Rotherham went down to ten men on twenty-four minutes when Mr Backhouse sent off Adam Thompson on just twenty-four minutes for a lunge.

Earlier that season Anthony had been in the middle for a Millers game at the Greenhous Meadow in the August in the EFL Cup which saw a four-nil victory for the Millers over Shrewsbury. Matt Crooks and Kyle Vassell put Rotherham two up in three minutes with Freddie Ladapo adding a third on the stroke of half-time and Richard Wood scoring another six minutes from time.

Before this Anthony had twice been in charge of Millers firstly in our Checkatrade Trophy game when a Manchester City U21 side came to the New York Stadium which saw David Ball put the Millers ahead only for a Benjamin Garre goal sending the tie to penalties in the last minute of the game. The young City side won the shoot-out four-two. The other being the only time that Anthony and Rotherham have met in the league which was on Boxing Day in 2017 when the Millers travelled to Gigg Lane to take on Bury. David Ball put the visitors in front on five minutes with Lee Frecklington doubling the score five minutes later. Will Vaulks gave the Millers a three-nil away win with seven minutes to go. Anthony showed yellow cards to Anthony Forde and Ryan Williams that afternoon as well as two Bury players.

This season Anthony has shown forty-four yellow cards, no reds, in the ten games he has been in the middle for.

Running the line on Saturday will be Richard Wigglesworth and Mark Cunliffe while the Fourth Official is Matthew Smith.