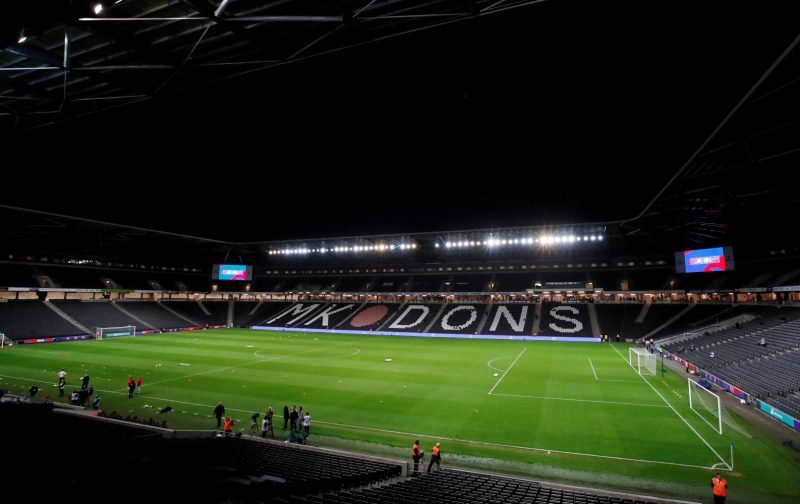 Rotherham United travel to the Stadium MK this weekend to take on MK Dons who are struggling in the bottom three going into this game.

The Dons are yet to win at home this month losing in the league (to Tranmere), in the Cup and the Trophy their last home league win coming at the beginning of September beating rivals AFC Wimbledon two-one.

In sixth place the Millers have done OK on their travels this season winning their last away league game three-nil at Gillingham and come into this gam eon the back of a one-nil home win over Accrington Stanley.

New MK Dons Manager Russell Martin will be hoping to get his first win at the helm and told MK Citizen that his focus will be on his own team and not the opposition. ‘They (Rotherham) are really good at what they do and consistent with it. But we have to focus on us and how to improve.’

Kieran Agard will be back in contention after serving a suspension but George B Williams is suspended. Jordan Moore-Taylor should be OK after going off during the first half of the loss away at Bolton last weekend with a migraine.

Speaking to iFOLLOW Millers Boss Paul Warne said, ‘I don’t think MK Dons will have got the start they wanted this season but they are a good footballing side who have been on the end of a few disappointing results. This is their first league home game under the new management and I’m expecting a real positive performance from them.’

The Millers have, what Warney calls, ‘a bit of a centre-half situation’. Richard Wood is out injured while Clark Robertson and Adam Thompson pulled up in training this week and Michael Ihiekwe has been ill (yep, seeing the problem here!) But the Millers are hoping to have three of them fit for Saturday. Joe Mattock is still out with a back injury and although Kyle Vassell is fine for the bench a start isn’t really on the cards for the forward. Good news is that Trevor Clarke is available but Chiedozie Ogbene is out suspended.

Ross Joyce from Cleveland is in the middle on Saturday.