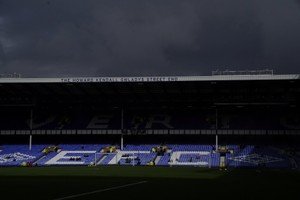 Rotherham United travel to Merseyside on Saturday to take on Premier League side Everton in the Third Round of the FA Cup.

After an excellent start to the season the Toffees come into this game in seventh place in the top tier of English football although their last home game against West Ham United saw the Hammers take all three points back to London after a one-nil win. Their last home win was mid-December when they beat Arsenal two-one.

Rotherham United are in the bottom three of the Championship having seen their last game postponed due to snow. The Millers last away game was at Blackburn which saw a good performance from the away team bring no rewards after a goal in time added gave Rovers a two-one win.

Everton skipper Seamus Coleman told their Official Site via his programme notes that Rotherham will be treated with respect saying, ‘we know we will have to be right on our mettle from the first whistle.’

Although winning his battle against an ankle injury the hosts will be without influential defender Lucas Digne and although  Jean-Philippe Gbamin is on the mend after having surgeries on a thigh problem he will also still be missing. Also out are Allan and Fabien Delph both with hamstring injuries But good news is that both Michael Keane and Alex Iwobi should be available. The Toffees have three games in eight days so this game could be an opportunity for the fringe players to show what they are made of.

‘Any Premier League team is pretty phenomenal,’ Millers Boss Paul Warne toldiFOLLOW ahead of this game, ‘and whichever team Everton put out we are going to need a lot of lady luck to win. But we don’t have any fear of going into this game and we’ve just got to allow the lads to enjoy it and hopefully make a memory they will never forgot. But I will say that if we have a massive cup run and go all the way to Wembley we’ll have a massive problem with our fixtures so I don’t intend to do that but to go through a few rounds would be ace!’

The Millers still have the long-termed injured missing for this game although things are looking more hopeful for the near future.

The Referee for this game is Stuart Attwell from Warwickshire.

BBC Pundit Mark Lawrenson has gone for a two-nil Everton win – so come on Millers show him we can put up a fight!