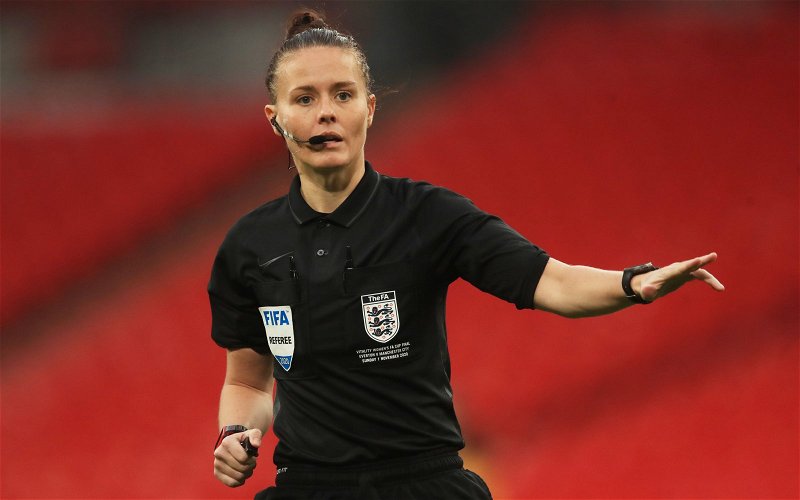 Rotherham United travel to the Mornflake Stadium on Tuesday night for the Papa John’s Trophy game against Crewe Alexandra when Rebecca Welch from Tyne and Wear has the whistle which is the first time she has been in charge of either team.

Born in Washington, Tyne and Wear Rebecca studied at the Durham County Football Association to become a referee. She began refereeing in 2010 and includes the Women’s Cup Finals in 2017 and 2020, the 2020 FA Women’s Community Shield and started in the National League in the 2018/19 season. Her first game as a League referee came in March last year when she was picked to be in charge of a League Two game between Harrogate and Port Vale. Later this month Rebecca will become the first woman to be in the middle for an FA Cup third round tie when she takes charge of the Birmingham City v Plymouth Argyle match.

This season Rebecca has been in the middle for nine games, two of which have been in this competition, and she has shown twenty-six yellow cards.

Running the line on Tuesday we have Matthew Smith and Mark Cunliffe and the Fourth Official will be James Oldham.