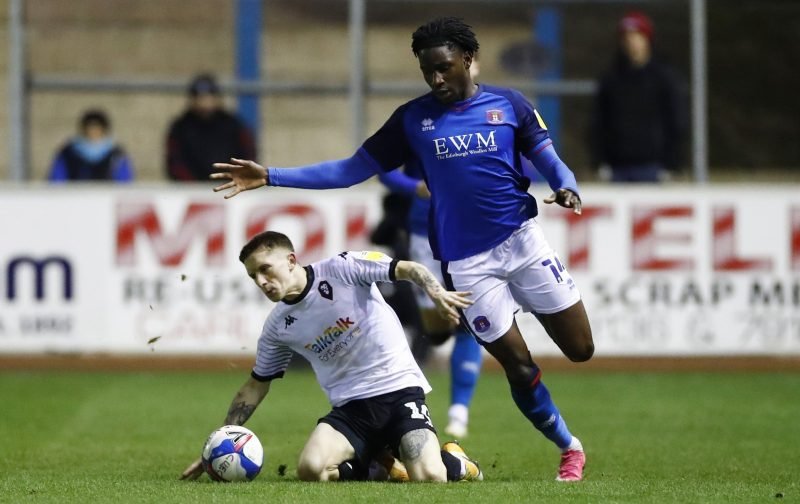 Despite all the bad news coming from the New York Stadium before the game that caused this there was some good news came filtering through and that is that twenty year old striker Joshua Kayode has signed a new deal with the Millers.

Born in Nigeria but moving to Ireland as a youngster JJ came to join Rotherham United when he was sixteen years old signing his first professional contract in November 2017. Since then he has had loan spells with Chesterfield and Gateshead and is currently in his second loan spell at Carlisle United where he has played in thirty games scoring six times.

His first games for Rotherham came in the Football League Trophy games in 2017 against a Manchester City U21 side and Bradford City while also making an appearance in the same competition two years later against Doncaster Rovers. He has also got caps for the Republic of Ireland U21 side.

In the last few weeks there have been rumours that other clubs have been taking an interest in young JJ with the new deal he has signed keeping him at the New York Stadium until the summer of 2024 – subject to EFL and FA ratification.

Speaking after he’d signed the deal to iFollow JJ said he was ‘really happy’ to have signed the new deal. He also said that going out on loan had done him ‘the world of good’ and he was ‘loving every minute’ of his time with Carlisle.

Congratulations JJ! We hope to see you in a Millers shirt in the near future.