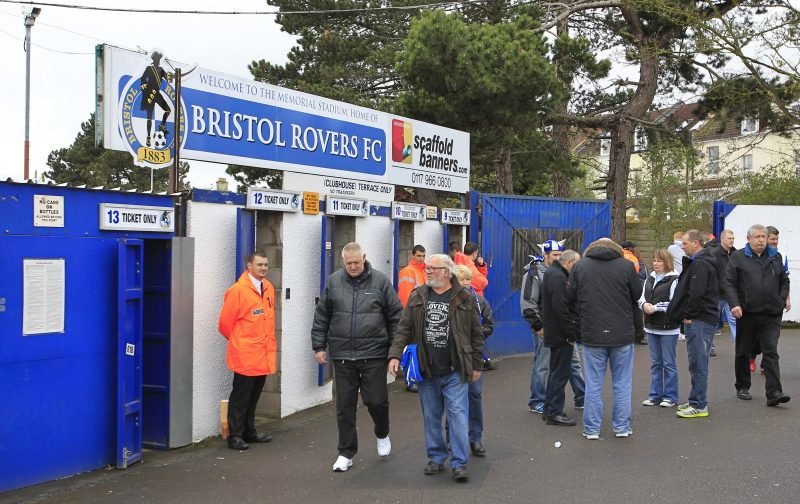 Rotherham United travel to the Memorial Stadium on Saturday hoping to be the first team to fetch three points home from Bristol Rovers this season.

Rovers last home league game was a one-all draw with Gillingham although their home game in the EFL Trophy this week saw them win two-one against a Chelsea U21 side.

The Millers have lost just one away game this season, which was at neighbours Doncaster Rovers with their last game away being a one-all draw with fancied to go up Sunderland at the Stadium of Light.

The Gas come into this game in eighth place in League One five places and three points above Rotherham who have played two games less.

After Darrell Clarke left Rovers in December 2018 former Millers captain Graham Coughlan was given the Mangers job on a temporary basis with it being made permanent the following month. In an interview on You Tube Rovers’ Goalkeeping Coach Adrian Tucker says that he thinks the Millers are a ‘physical outfit’ who can ‘move the ball a little bit’ saying ‘We will certainly have to have our wits about us in defending from set-plays etc’.

The Gas are going to be without injured duo Tareiq Holmes-Dennis and Sam Matthews while Ollie Clarke and Josh Hare are also rated doubtful.

Millers Boss Paul Warne told iFOLLOW that Bristol Rovers are a ‘really good side’ who have a ‘really good home following.’ ‘Graham Couglan is a good guy and he’s done really well there. I hope it’s a good game of football which people enjoy,’ the Gaffer said, ‘but, ultimately, we want to win.’

Billy Jones came back in last weekend and will probably keep his place although if training has gone well Matt Olosunde should be back in the squad after missing the draw with Shrewsbury. This game will come too soon for the injured quarter of Kyle Vassell, Adam Thompson, Trevor Clarke and Chiedozie Ogbene – although things are looking up for them. Another doubt for the Millers this weekend is goalkeeper Daniel Iversen and if he doesn’t make it then Lewis Price will be drafted in.

Michael Salisbury has the whistle for Saturday’s game.