Millers Through To Second Round Of Cup – After A Scare 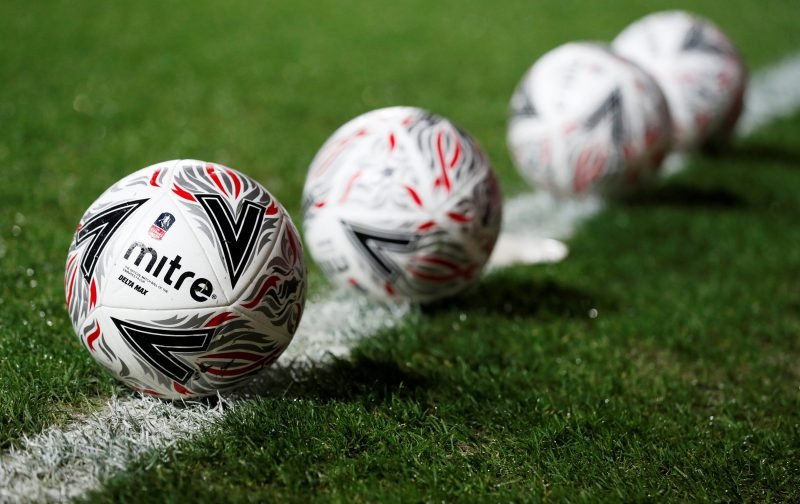 Rotherham United had a bit of a scare at York Road this afternoon going in at half-time one-down to National League side Maidenhead United but eventually took charge of the game and came away in the bag for the second round of the FA Cup.

The hosts had the first chance of the game when a cross from Josh Smile was initially cleared by Michael Ihiekwe but only as far as Josh Kelly who let fly but the ball was well over the crossbar. On ten minutes Maidenhead were on the front foot again with James Comely sending a ball in but it was easy for Millers’ ‘keeper Daniel Iversen to collect. At the other end some good work from Chiedozie Ogbene saw Joe Ellul head the ball away before it found a purple shirt before a shot from outside the box from Michael Smith came to nothing. Matt Crooks sent Ogbene on his way with the winger working himself into space before shooting but saw the ball go inches past the upright. And it was Ogbene a minute later who got the better of his marker before being fouled by Smile with the resulting Carlton Morris free-kick going wide. A low cross from Morris was put behind for a corner which Ben Wiles took but saw the ball cleared by the home defence. Both Wiles and Morris had chances but it was Maidenhead who opened the scoring on twenty-five minutes when a ball over the top from Ryheem Sheckleford found Jake Cassidy who stuck the ball into the bottom corner sending the home fans into raptures. A foul on Comely by Billy Jones saw the Millers defender the first to see yellow of the afternoon. Just after the half-hour mark Crooks found himself in space but the cross from Smith only found home ‘keeper Chris Dunn before some nice work from Wiles saw his ball in taken away from it’s intended target of Ogbene. The Millers were forced into an early substitution, with seven minutes of the half to go, which saw Adam Thompson make his debut with skipper Richard Wood going off. After a cross from Smith towards Morris was well anticipated by Ellul and put out for a corner which came to nothing minutes later a shot from Smith went not only over the bar but into someone’s garden behind the ground. Ogbene sent a perfect ball in for Smith but didn’t bother Dunn. As the half came to an end the Millers should have perhaps scored after Wiles found Morris in the box some great work from Dunn saw him save from the Millers’ striker. As the three minutes of time added on was coming to an end Morris got the ball in the box and went down under a challenge which referee Ollie Yates shook his head at as Dunn grasped the ball which saw the hosts go in one up at half-time.

The Millers started the second half brightly with Chiedozie Ogbene making Chris Dunn work for his money but further pressure from the visitors was well stopped by the home defence. Freddie Ladapo was brought on for Michael Smith on the fifty-third minute and a minute later Maidenhead went down to ten men with a red card shown to Alan Massey for a poor challenge on Ben Wiles. Aron Davies came on for Josh Kelly for the hosts to shore up their defence while the last Millers change saw Matt Olosunde off for Jake Hastie in hopes to get more play up front. While Ryan Upward probably has too much room his shot from just outside the box came to nothing while the Millers had a good chance to equalise when Billy Jones found Ladapo whose header missed before some nice work between Wiles and Ogbene saw the latter offside. Morris sent Crooks on his way who in turn sent it towards Ladapo but a Maidenhead player got there before him. With twenty minutes to go the equaliser finally came when Ladapo found Michael Ihiekwe who hit the ball into the the corner of the net. And five minutes later the Millers were in front when Jones sent the ball in towards Ladapo who put the ball past Dunn and into the back of the net. And it went to three-one after some good work from Hastie who got round the home defence and found Crooks who had the simple job of putting the ball into the net. The hosts made a couple of changes fetching on Daniel Whitehall for Josh Smile with Jaden Thompson-Brissett replacing Rene Steer. With five minutes to go Morris found Wiles in space who saw his shot from distance come back off the bar followed by a shot from Dan Barlaser which came back off an outstretched leg and to safety. As the board went up for a further four minutes Morris tried his luck from some twenty yards out which didn’t cause Dunn much trouble and as the game came to a close some good work between Wiles and Morris saw the latter’s chipped shot go just wide.

This was a game that the Millers should have won – but there is always that banana skin at this stage of the competition – and eventually did win, which was probably aided by the hosts going down to ten men early in the second half.

So, who will we get in the next round and where will we be?