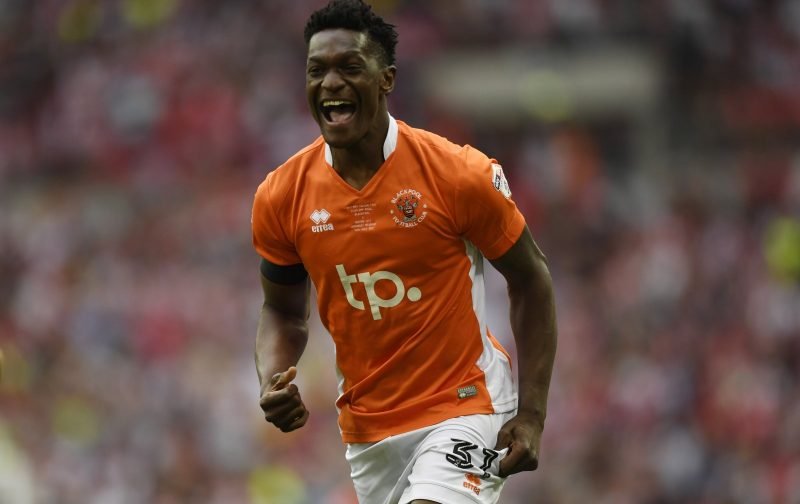 Rotherham United are thought to be interested in six feet four inches striker Armand Gnanduillet who is currently plying his trade in the Turkish Second Division.

Born in France the twenty-eight year old played for Le Havre Reserves and Poissy in his own country before moving to England in January 2013 with Chesterfield who he went on to play over eighty times for. Armand had various loan spells before joining Leyton Orient in January 2016 then that summer moved to Blackpool on a two year contract. When he contract ended he moved to South African side Baroka before returning to Bloomfield Road two months later. Despite clocking up around one hundred and twenty games for the Tangerines Armand was released in the summer of 2020 moving to Atlay in Turkey.

The 72 tells us that in fifteen games (though most of those appearances seem to have been off the bench) that Gnanduillet has played for Atlay, who top the Turkish Second Division, has scored twice and is keen to return to English football.

Previously the tall striker has interested the likes of Charlton Athletic and did impress at his time in Blackpool but is he ‘the prolific’ goalscorer we need? We have strikers but they have been very hit and miss so far this season and Armand did score eighteen goals in all competitions for the Tangerines last season – one each in the two games he played against us – although that was in League One. With his height he would be a target man and isn’t that who we, the fans, have been asking for?

What do you think?