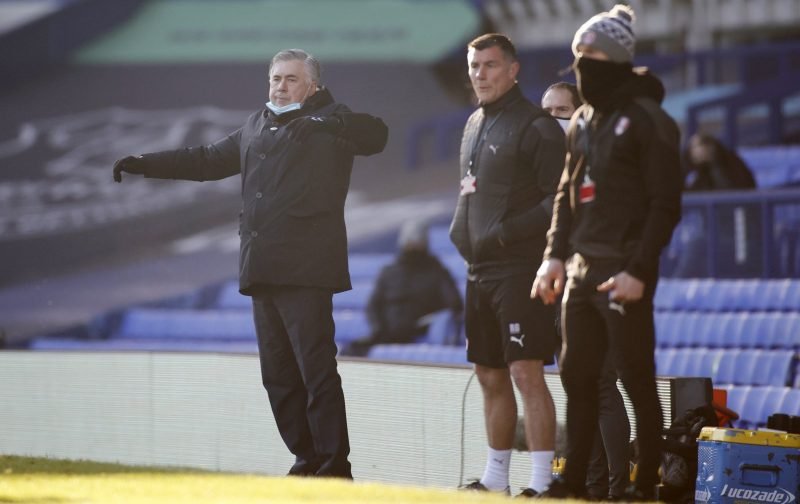 Rotherham United Manager Paul Warne was ‘very proud’ of his players after their performance against Everton this lunchtime.

The Millers fought back from being one down to an early goal to get an equaliser and take the Premier League side to extra-time when Everton got the winning goal.

‘After the first ten minutes I thought we did really well,’ the Millers Boss told Radio Sheffield.

The Gaffer, however, was frustrated at the start of the game when he though his players showed Everton too much respect but also said he thought the Millers controlled some of the game and there were some good performances in his team. And there were. For me Matt Olosunde was the Man of the Match but every player in that first ninety minutes gave their all.

‘I was disappointed we were losing at half-time,’ Warney said, ‘because we were the team in the ascendency. In the second half we did well again.’

Explaining the five changes the Millers Boss said it was always his intention to get five substitutions on the pitch saying, ‘I didn’t want to see a Smudge (Michael Smith), Matt (Crooks) or Wes (Harding) or Jamie Lindsay get injured. So we made the changes and changed our system and tried to win the game.’

He was pleased that we had the use of VAR today, Everton having a goal ruled out for off-side thanks to this, laughingly saying, ‘I definitely want that in the Championship now!

‘I was proud of the performance but disappointed with the result but fair play to Everton and I wish them all the best and it was an honour to manage against Carlo Ancelotti.’