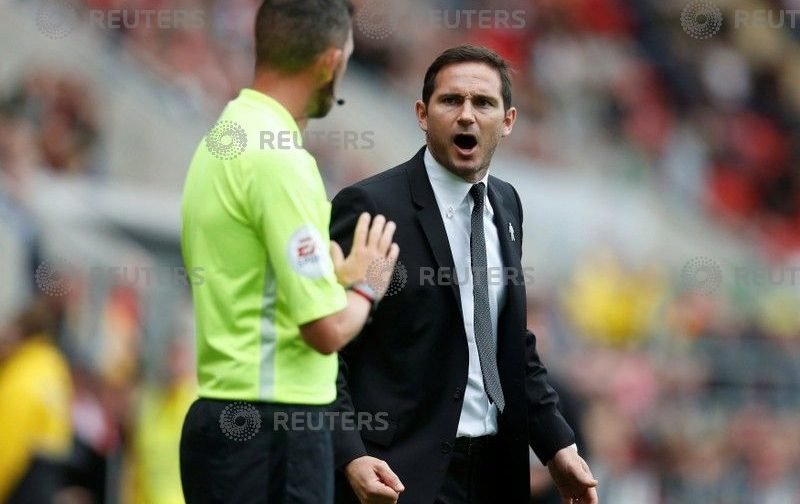 Rotherham United Manager Paul Warne couldn’t have been more pleased with his players performance and the win over Derby County this afternoon at the New York Stadium.

Derby Boss Frank Lampard probably isn’t as happy. His team lost, his team went down to ten men and he ended up watching the last fifteen minutes or so from the directors box after being shown a red card by referee Peter Bankes.

After the game the Rams’ Manager told iFOLLOW that he will be ‘reading the rule book again’ as he wasn’t sure why he was sent off.

‘If it was for leaving the zone then there should have been others sent off too,’ the former England international said. Maybe it was for not only leaving the technical area but for marching up to the linesman and having a go at him when the referee didn’t award Derby what he thought should have been a penalty? Although I think Lampard was correct when he said the referee was quick to fetch the card out.

He also said that part of the problem today was the communication between the benches and the officials which he found ‘difficult’. (Steve Evans had that problem too!)

Asked about the Tom Lawrence incident that saw him sent for an early bath, Frank said, ‘It was a definite yellow but I haven’t seen it back again.’ He also thought the linesman who gave the Millers penalty must have ‘very good eyesight’ saying ‘it was a big decision from him.’

Millers Boss Warney also said he hadn’t seen the Lawrence red card incident back again but thought it was a ‘strong yellow’ and that former Millers loanee Lawrence was a ‘victim of circumstance although he was definitely late. But the referee has to give what he sees.’