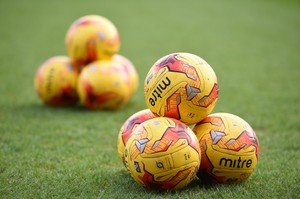 Rotherham United welcome QPR to the New York Stadium for what will be their third visit to the Millers ground.

The last time the pair met at the New York Stadium was in December 2016 in the Championship when the Millers got their first win since August thanks to an Izzy Brown goal on the twenty-fourth minute.

January 2016 at the New York Stadium was going well for the Millers until seven minutes into the second half when Junior Hollett scored for the visitors. Two minutes later Matt Phillips added to the score with a goal on the stroke of full-time from Sebastian Polter made it a three-nil QPR victory. The only yellow of the game was to the Millers Shay Facey.

March 2005 was the time before last season we saw Rangers in town and it was at Millmoor when a Martin Rowlands goal on fifty-three minutes won the game for the visitors. John Mullin, Martin McIntosh and Michael Keane were booked on the day for the Millers with Rangers having Danny Shittu, Martin Rowlands and Paul Furlong yellow carded.

The last time the Millers beat QPR at Millmoor was in March 1982. The teams were in the Old Division Two when John Seasman scored the only goal of the game giving the Millers the win.

The first time that Rotherham and QPR met at Millmoor was in March 1952 when the hosts won one-nil with a goal from Jack Grainger.