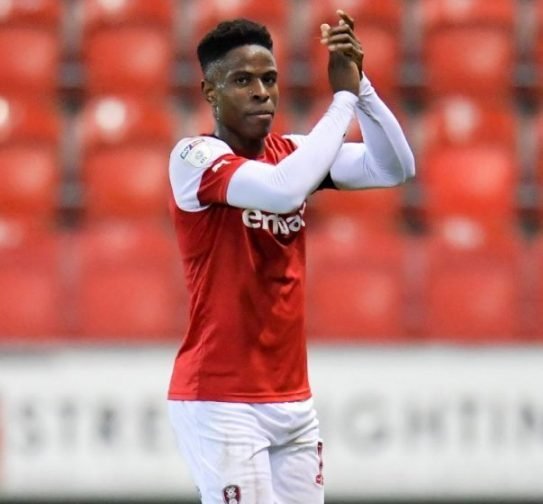 It’s that time again when we look at this weeks rumours and happenings that involve Rotherham United.

Firstly it’s a ‘big’ congratulations to Chieo Ogbene the Millers forward who made his Ireland debut this week becoming the first African-born player to represent Ireland at senior level. The twenty-four year old might only have been on the pitch for a matter of minutes but came close to getting the only goal of the game in the friendly with Hungary in Budapest when he hit a shot that went into the side netting with his first touch of the game.

Joshua Kayode has also been on international duty with the Republic of Ireland U21 side travelling to their training camp in Spain and playing seventy-five minutes of their defeat to Denmark on Sunday.

This week we found out we will be saying ‘goodbye’ to Matt Olosunde who rejected a new offer at the New York Stadium.

The rumours this week have mostly been linking Ipswich Town with midfielder Matt Crooks who joined the Millers for an undisclosed fee from Northampton Town in January 2019 while it could also be that Portsmouth are interested in the twenty-seven year old.

The Football League World report that the Millers are interested in fetching Lewis Wing back to Rotherham after he impressed in a loan spell last season. They are all suggesting that this could make it easier for his parent club, Middlesbrough, to take Michael Smith the other way.

And it seems the rumour mongers are still linking us with Cambridge’s Paul Mullin while another player we are ‘supposedly’ keeping an eye on this week is striker Jayden Stockley of Preston North End.

Are any of these rumours true? Who knows. Crooksy has another year left on his contract so, should he want to go, perhaps now is the time to make some money on him as it appears we have let Matt Olosunde go for nothing. Both I would have liked to see in a Millers shirt next season. At the end of last season we were told that the management were looking to bring in eight players – will we see any of those this next week? And, if so, who?

2 Replies to “Happenings And Rumours”